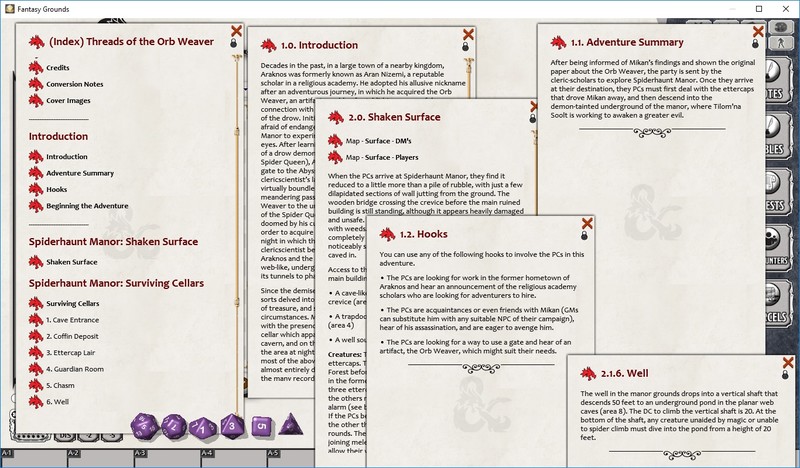 Threads of the Orb Weaver


Can a recent earthquake in the Eerie Forest and a long-lost artifact of the Drow be connected somehow? A young scholar of magic and religion just came back from an expedition to Spiderhaunt Manor with a terrifying tale of his narrow escape from spiderlike, murderous humanoids and an ominous shadow lurking among the ruins of the dilapidated building. The scholar is now looking for an explanation in the ancient drawing that initially drew him to his adventure...unbeknown that the shadow followed him.

The events of Threads of the Orb Weaver occur at the Ruins of Spiderhaunt Manor. In the Eerie Forest, the ruins lie at the end of a path branching off from the Road of the Two Fangs. The path runs through an area of wooded rough terrain, along a ridge furrowed with dry crevices. Looming over one of these cracks in the rock, the abandoned remains of what once was the sequestered house of a mad cleric-scientist named Araknos were recently flattened by an earthquake. GMs are encouraged to place the manor in any forest convenient for their campaign. This adventure is designed for four 7th-level characters in the Fifth Edition of the world’s oldest roleplaying game.

Requirements: An active subscription or a one time purchase of a Fantasy Grounds Full or Ultimate license and the included 5E ruleset. 7aa9394dea 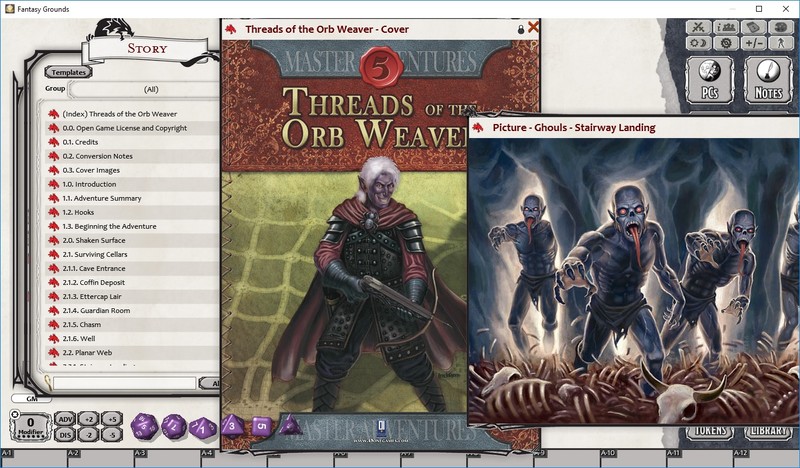 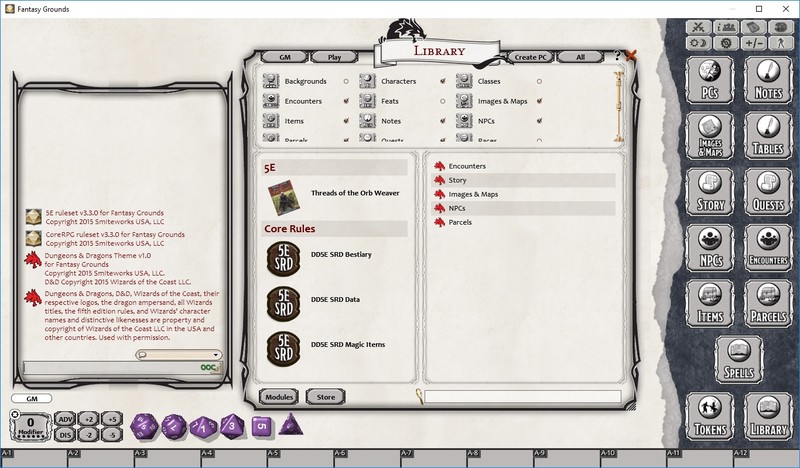 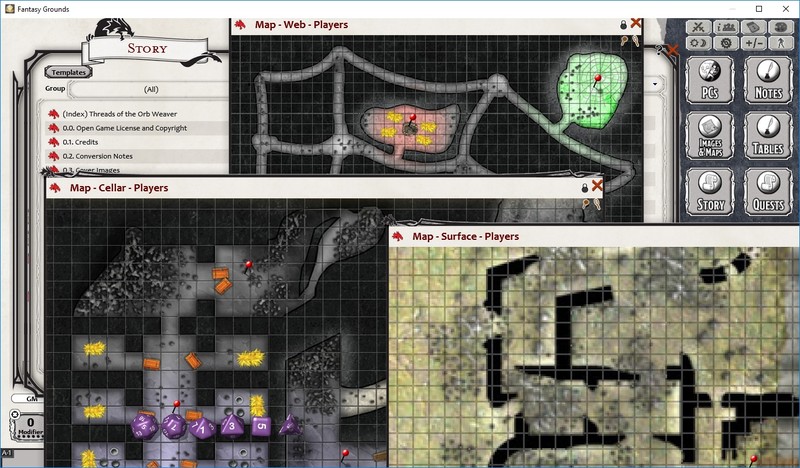