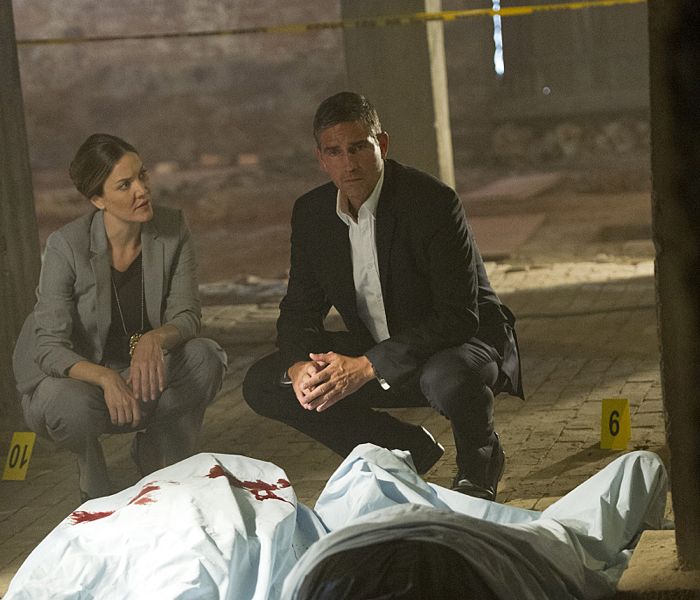 The next numbers the Machine provides are for fourteen-year-old Malcolm Booker, and his eight-year-old sister, Tracie Booker, who are in foster care as their mother is incarcerated on a conviction for illegal firearms possession. Reese, who is tasked with finding them, quickly learns that they are the intended targets, as they stole $500,000 in drug money from the Brotherhood, a gang led by the unknown Dominic. Reese knows of the Brotherhood because he helped put in jail one of the gang's higher ups, Link, who is now out. The DEA is interested in the case, their head agent being Erica Lennox, who decides to work in conjunction with Reese as she knows there is a mole in the DEA working for the Brotherhood. When Reese and Lennox eventually find Malcolm and Tracie, they learn the reason why they stole the money. However, Malcolm has hidden the money and refuses to give it back. Reese and Lennox have to try and protect Malcolm and Tracie from the Brotherhood, all the while trying to get them to give up the money wherever Malcolm has it hidden, and discover the identity of the DEA mole. Shaw may be able to assist as she has one of the injured Brotherhood members, Mini, in unofficial custody; he who may buckle under the pressure of being in the gang. Meanwhile, Elias, who helps them stave off the angry Armenians in this drug war, can see that something in Finch and Reese's life has changed and he tries to find out exactly what has happened.
I could not believe the mediocrity of this episode--it made me so mad I might have to dump the series altogether--it was that bad. They created a new villain with "The Brotherhood"--an all-seeing, all knowing (and apparently all African-American)drug cartel. We are then "entertained" with a childish script about two children who out-smart this super-drug-gang and steal their money--so Reese and the gang try to protect them (and feel sorry because their mom has been sent up the river--apparently for life on a gun charge--to the writer Denise The--what planet do you live on?)The only good thing in this episode is a knockout performance by Rosie Benton as a DEA agent--but they screw that up too (after revealing she was top in her class and served two duties in the Middle East) by having her try to steal the drug money--what an insult to the soldiers that served! Like this "smart government agent and top former soldier" would be dumb enough to try to steal from such a dangerous drug cartel-Denise The'--were you high when you puked this one out? It ends with the kids all safe and learning their lesson and Brotherhood getting back their money and their drugs and shooting the DEA agent in the head--and all of us viewers feeling shot in the head because crap-Director Chris Fisher and crap-writer Denise The and the stupid creators and producers want us to eat this crap every week! ROSIE BENTON--it was good your character died--so you can act in better projects! I am done with People of No Interest...