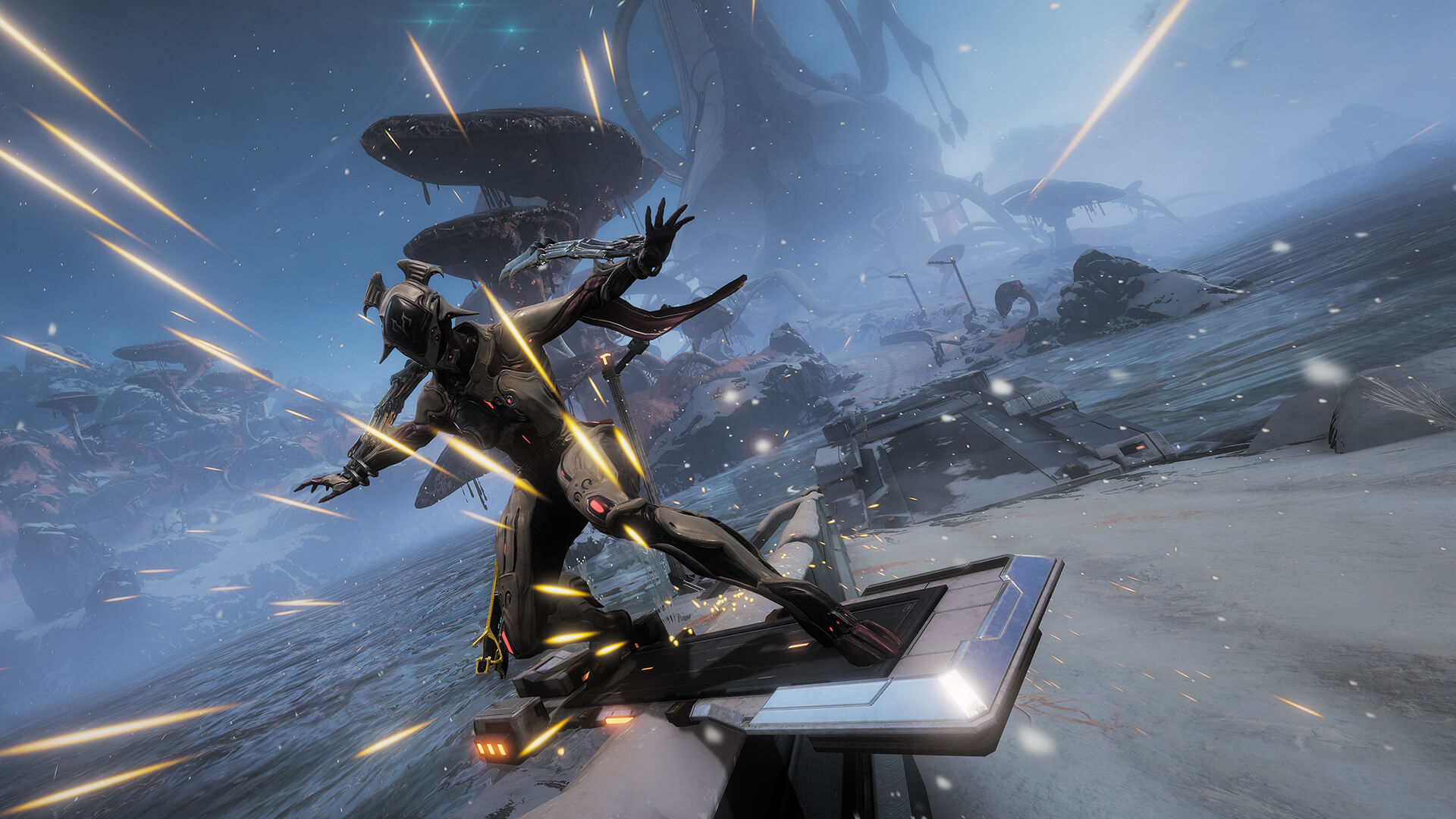 CHOOSE YOUR WARFRAME
With more than 30 Warframes, each fully customizable with their own unique abilities, you can create the perfect Warframe for you.

ASSEMBLE YOUR ARSENAL
Katanas. Crossbows. Flamethrowers. Expand your Arsenal with more than 300 diverse Weapons, then modify each one to match your playstyle.

EXPERIENCE FAST-PACED COMBAT
Slice and dice through hordes of enemies, or go in guns blazing, or sneak your way in — the choice is yours.

A SOLAR SYSTEM IN RUIN
In the far-future world of Warframe, grotesque clones and capitalist machines dominate our solar system. Fight back against greed and corruption as you explore 18 worlds filled with techno-organic horrors.

SQUAD UP
You don’t have to work alone. Invite three friends or fight alongside the 38 million strong in our Tenno community.

NINJAS PLAY FREE
Warframe is entirely free-to-play. With no barrier to entry, there’s nothing to stop you and your friends from joining our world. Welcome to the Origin System, Tenno. 7ad7b8b382 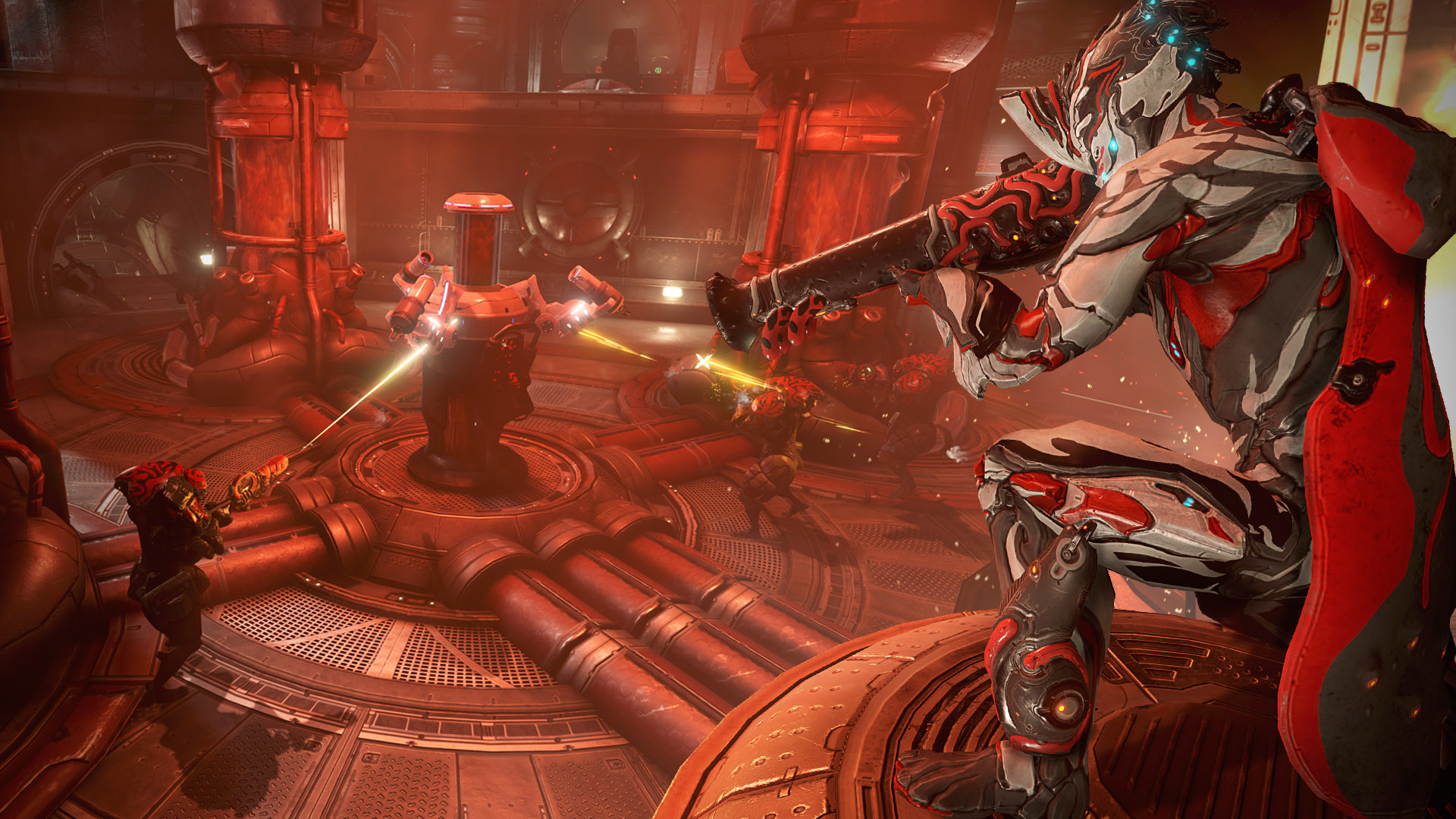 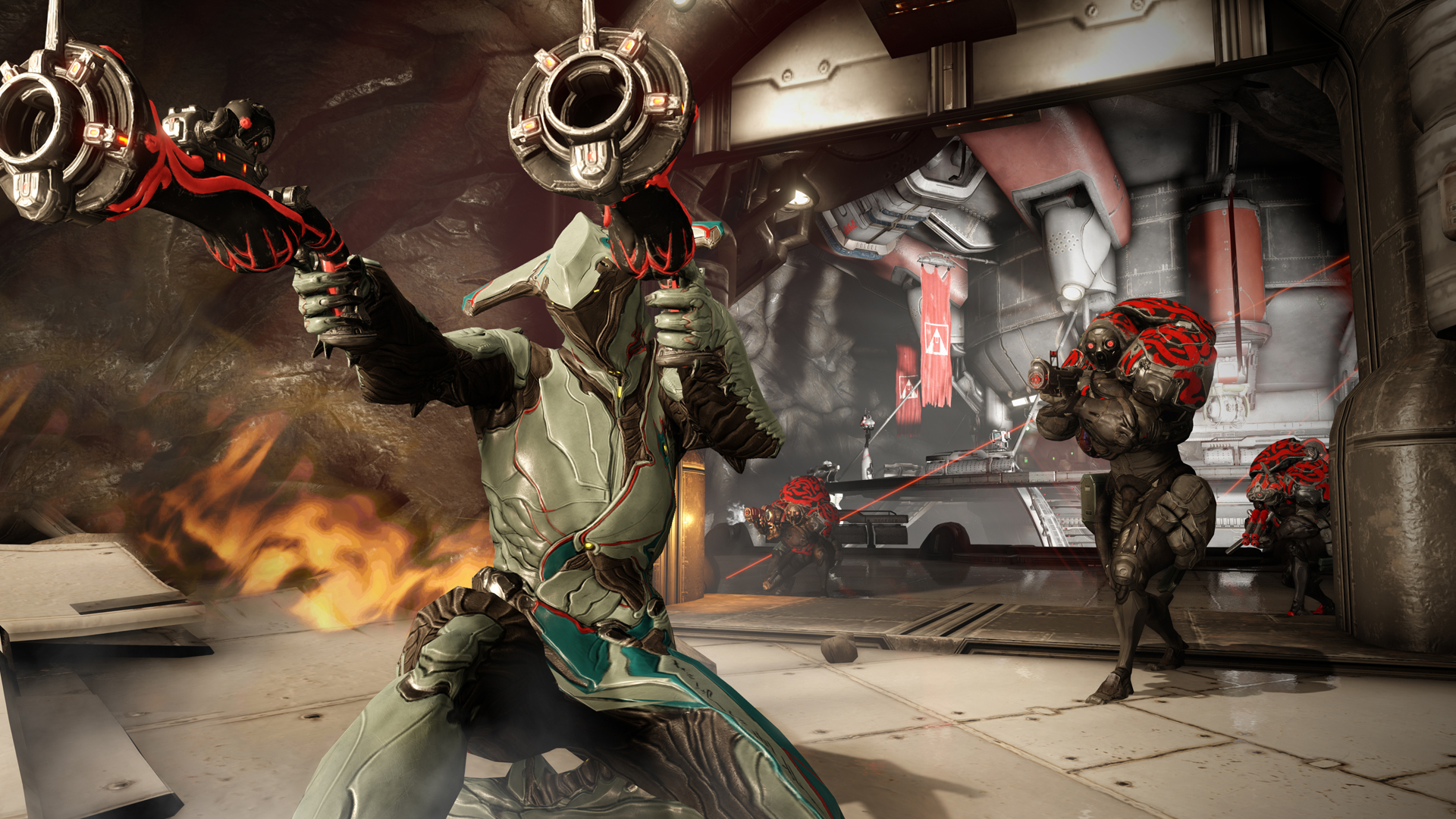 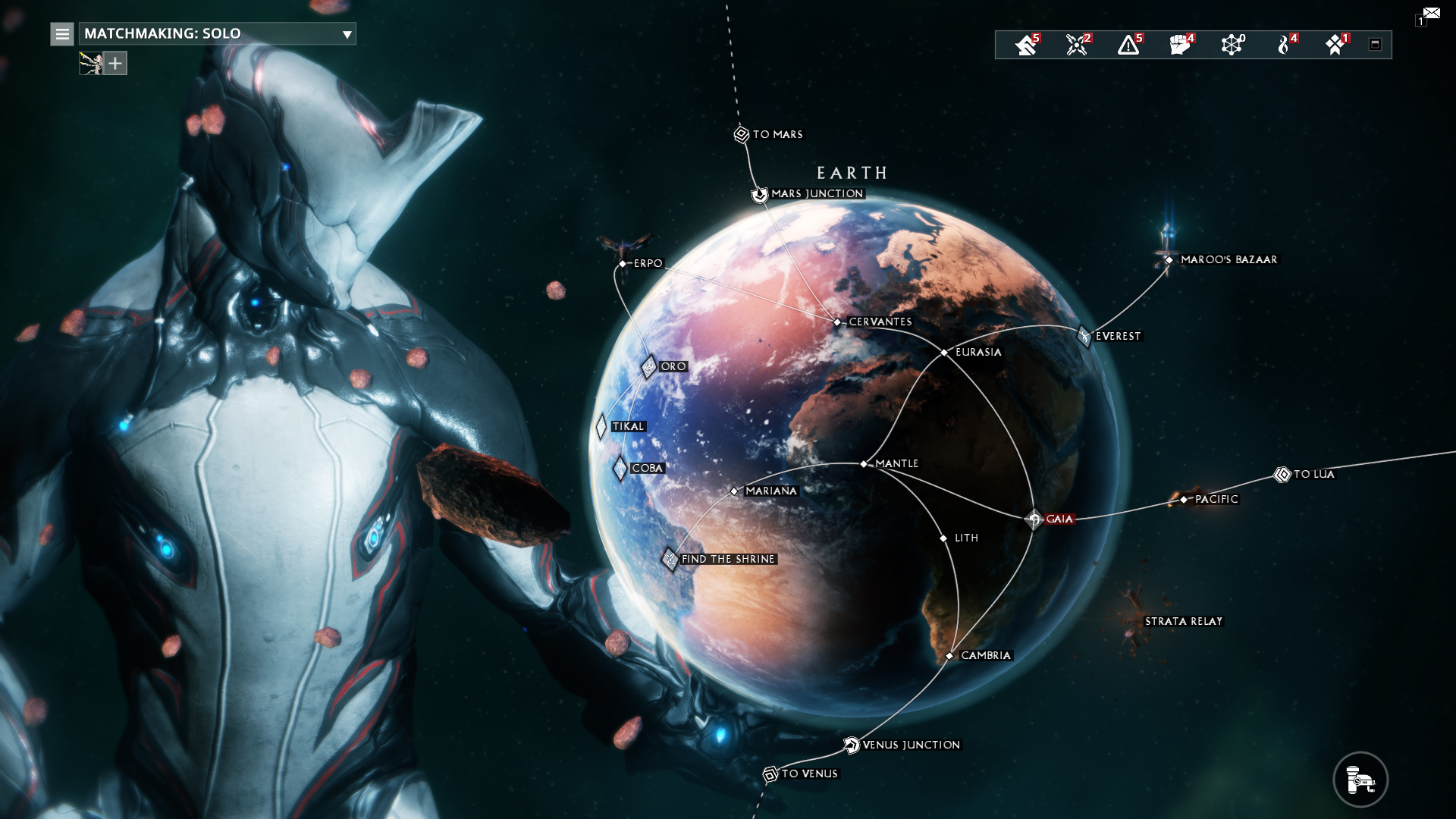 
v1.0.12 with Streamlabs events/jar/wheel support:
We've added support for some Streamlabs features, like wheel, event pause/mute, and clearing jar. If there's any issues with these please let us know. You'll need to log in to Streamlabs from the settings cog and after that you can use the new actions.. v1.0.20 with Performance Enhancing Substances:
We did say there were performance enhancements in the mobile apps, but we needed to do a bit more. Now the apps work even nicer after we get this update out.

It will be in two parts: this PC app first so you can get it running, then come the mobile apps. This due to the new mobile app not working fully with the old PC app so we need to wait for the updates.

Twitch Create Clip button now gives a nicer error message if not logged in properly or stream not running.

Also some UI changes, the selection list is on the right so the buttons don't move away when opening edit mode. And animation. Animations are always nice, I guess.. v1.1.0 with fix for program launching:
v1.1.0 pushed out

Fixes an issue with some programs not launching (like OBS Studio) since the working directory was not set to their liking. Now they will be hapy. Thanks for the report!

Also added an indicator for Twitch chat connection. Later will change some other iconography also in the application.

More to come, keep the suggestions and reports coming :). Discord open for easier comments and questions:
Since it's all the rage these days there's now also a Discord server for any questions and suggestions you might have. Just hop into our Discord[discord.gg].. We're Live!:
We are now live on Steam! Stream Control exists in the public! We are so excited about this!

In about two weeks the product will be available for purchase due to Steam requiring a "Coming Soon" period. You can still spread the word and get all hyped up about a new era in stream control!

We will be working on the application all the time enhancing it and adding features to make sure it's ready for the premiere. Yay!. Version 1.0.1:
We pushed version 1.0.1 out. It has added hotkey support!

We got a request to add a hotkey support to the application since some users do have keyboard in front of them but they still wanted to use the app and its advanced features, so now it's possible!

Every item has a hotkey selection so you can just set it up and launch whatever features you want with it. Just make sure you don't put multiple buttons with the same hotkey. It's not supported and there's no error about it at the moment.. v1.0.11 and Usability:
We really like usable applications and very much know that there are some issues with our own products. Therefore we spent some time working on things and making one big pain point a lot smaller: connecting the mobile application to the PC.

Previously you needed to know the IP address to connect but now we've added a discovery option. When you start the mobile app it'll automatically search for Stream Control running on PCs on the same network and you can just select the one you want and tap connect. So much better!

The PC app is already up and the mobile apps will update in a moment when the app stores handle the submissions.

We will focus on other areas of usability also as always, the added tooltips hopefully were already useful and informative, and we will add other things to help out also. All feedback is appreciated, as always!. v1.0.17 with new Keypress for better compatibility:
Version 1.0.17 changes the way we handle the Keypress functionality. We got a report that it doesn't work with all games so we tweaked it and now it seems to work better. Do give it a try and let us know if there's any issues!

We also added a bit more error reporting for possible typos in the {key} markings etc so that should help with possible error situations.

Thanks once again for the reports and keep them coming!. v1.0.18 with Keypress time:
New version with a small addition to Keypress: you can now set it to press the keys selected and hold them pressed for a preselected time. You can also set the time to -1 and it'll wait for you to press the button again and then it'll release the buttons.

Another user request done, what will we do next.... v1.0.14 Enhancements and Pause Cancel:
We've enhanced a few things like communication with the mobile part. We still would like it to be a bit more snappy and we're working on it. It's mostly on older devices, but we want to have everything working fine on all devices.

There's one new change: Pause can be canceled without canceling the whole Multifunction!

This is usable for example in situations where you want to switch to another scene temporarily, or move items etc. So you can make a Multifunction, add a Scene change, add a Pause with a very long duration, then a Scene change back. Now if you run this, it'll stay yellow until Pause ends or you can tap it again and the Pause will cancel but everything else will run after it.

You can tap again to cancel them also if needed.