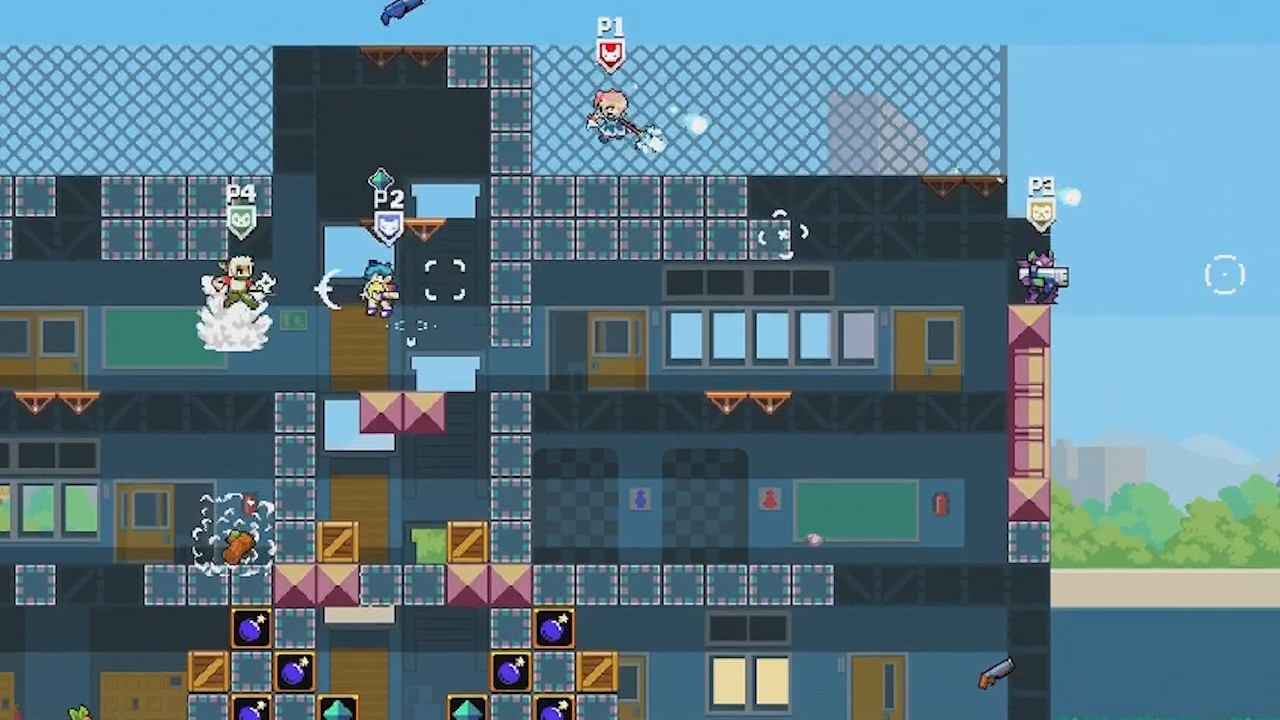 KNOCK IT OFF! It's an all-out clash between the greatest manga icons of 1999! Use your magic, energy, sporting goods, ninja tools, and more to destroy the ground beneath your friends and foes! Featuring a star-studded roster, this is the battle of the millennium! 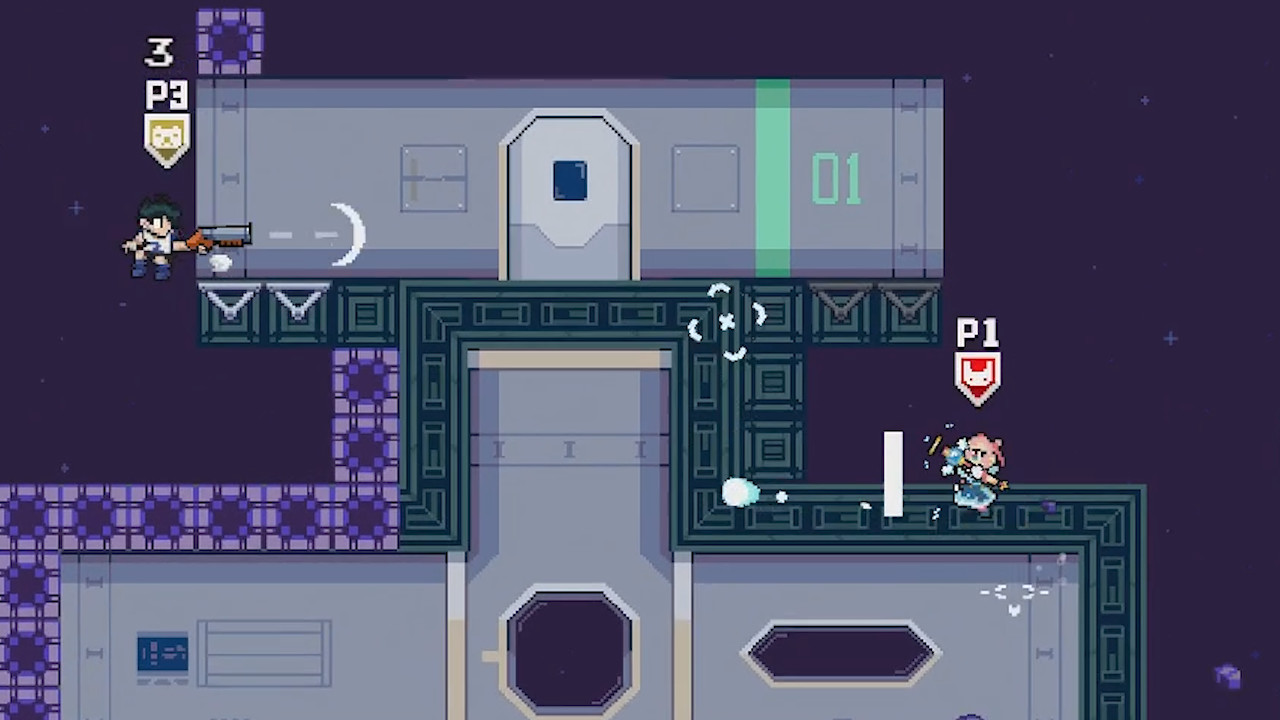 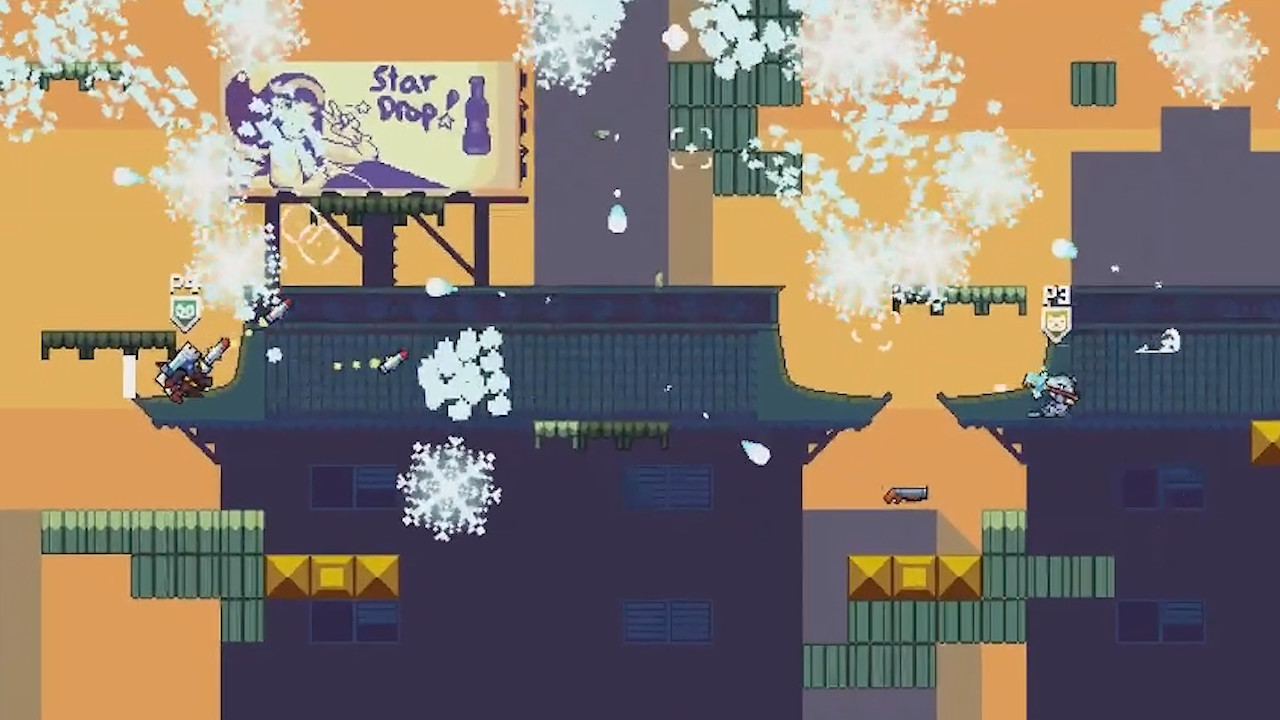 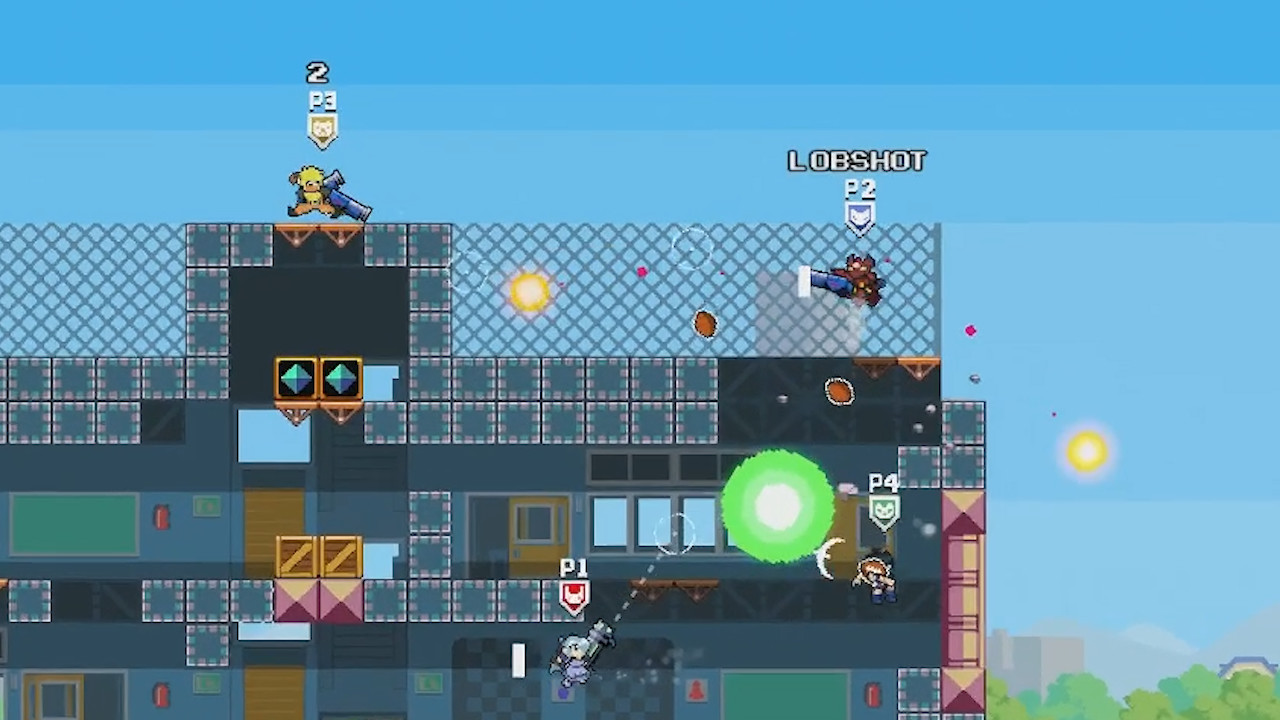 Please Note: While I DO Recommend this game, for the most part, I recommend it ONLY if you have someone to play it and a controller. Otherwise, despite my love for TFS, it's hard to recommend it or anyone playing by themselves and\/or WITHOUT a controller. This game is almost EXCLUSIVELY MULTIPLAYER. While there is TECHNICALLY a single player mode, all it really does is give you a chance to practice maneuverability, attacking, and getting used to a character(Which by and large ISN"T a bad thing). That being said, voice acting, music and character designs are fantastic! When I CAN play the game, it is really enjoyable.

Overall if you just want to support TeamFourStar and\/or want a couch game to play with some friends, go ahead and get the game. Otherwise, you're better off waiting for updates.
. I love tfs. Imma be honest, I haven't hd a chance to truly play the game with friends. I've just messed around on my own. It seems awesome, but Im just upvoting it because tfs is great and I want to support them.. I don't suggest it, yet.
As far as I can tell there is no against CPU single player mode or any online functionality even though it is advertised on the game page. I even ran in to a glitch where the sound for Cosmo's warping ability did not stop after exiting the match and contined to play even after another 'match' was had.
This game hold a lot of potential with fun mechanics and characters but do NOT buy the game on launch.. I was hyped for this game and really want to support TFS, but unfortunately it lacks any kind of singleplayer mode as well as online multiplayer. Controls are also somewhat confusing and there's no way to use mouse and keyboard that I've discovered. Perhaps these things may be added in the future, but for now I cannot recommend this game.. While I think that Super Knockoff! VS is a good game, it isn't good enough to have many coming back for more. I suggest that these guys add in more additions such as a story mode so the characters can interact wth eachother as well as online play and an ability to create their own stages.
This has plenty of potential and I really hope they are planning for more features down the line for the next update or for DLC and not to make a sequal like how Capcom did for Marvel vs Capcom 3 when they made Ultimate MVC3.
This indeed has great tributes to anime characters and franchises with how they made the characters backrounds and how they stuck to their respective art styles, but I feel like they could have done more if like I said, added in a story mode. The weapons are surprisengly lazy with only default shotguns and grenade launcher with little to no refference or tribute to other anime or managa, nothing special about them with the exception of how many or how powerful your shots are.

I hope Team Four Star does some more work on this game because I really think this has potential for more updates and content. If you really wanna buy it, wait for a discount or if you managed to save little money for yourself and decide to splurge on cheap games. Once bought, make sure you have a few friends around until they actually add in an online component.. Great couch party game fun characters settings weapons and music. No online multiplayer... yet. Glad I bought the game its full of heart and is fun to play even if its hard for me to play games like this when there's no online mode. all and all great game with friends and must have controller to play at the moment. This is a couch-party game, with no online or CPUs. While this is a shame, the experience of local play still won this game over for me. The multiplayer is fast-paced and stupid fun with varied characters and weapons at your disposal.

I can only recommend buying it if you have a group of friends willing to play along side you, in order to partake in the game's nostalgic coach-play. Oustside of that narrow field, there isn't anything that would appeal to a single-player experience.. Sadly i had to refund this because even when the game seems fun and with a good design from the trailers, the lack of IA for bot matches, Online Support and even support for keyboard and mouse its a huge deal breaker. Maybe if they update the game i will get it again but for now i suggest you get duck game, brawlhalla, rivals of aether all good choices around a similar price and with the things this game lack