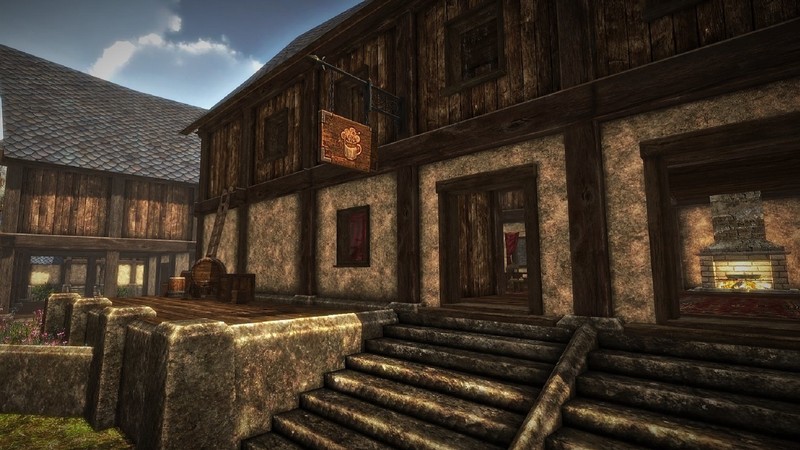 GO ON AN ADVENTURE

Project: Gorgon is a 3D fantasy MMORPG (massively-multiplayer online role-playing game) featuring an immersive experience that allows the player to forge their own path through exploration and discovery. We don't guide you through a world on rails, and as a result, there are many hidden secrets awaiting discovery. Project: Gorgon also features an ambitious skill-based leveling system that bucks the current trend of pre-determined classes, allowing the player to combine skills in order to create a truly unique playing experience.

When you play Project: Gorgon, we want you to feel as if you’re immersed in a whole new virtual world. Rather than trying to manage this with just graphics and excessive backstory, we’ve designed the game with dozens of gameplay features that make you feel like you’re really there interacting with the world, such as:

In Project: Gorgon you kill monsters - a lot of them - and you take their loot. In order to keep the experience fun and interesting, we’ve developed unique combat experiences to keep the fights feeling fresh. The loot is randomly generated, monsters have unique abilities, and dungeons have puzzles, traps, and terrifying bosses! The combat skills are entirely free-form. You can learn as many combat skills as you want, and use any two of them at the same time to create your own personal “class.” Project: Gorgon features dozens to choose from, including:


Player Choices are important in Project: Gorgon. You can learn as many skills as you want, but sometimes power comes with downsides. You can become infected with lycanthropy and gain access to very powerful skill sets. As a lycanthrope, you are able to roam the world in a pack or as a lone wolf; however, when there is a full moon (which is tied to the real world lunar calendar) you are stuck in your beast form. There’s no cure for lycanthropy.

You can become a Druid - which will give you great power, but you have to vow to drop everything when there’s an emergency involving nature. It could be a forest fire, a monster invasion or even a pesky insect. Nature never lets you ignore your duties, ever.

New opportunists come open, but others will be closed. Can you bear heavy burdens in exchange for greater power?

The community is a critical aspect of Project: Gorgon. We strive to maintain a strong, engaged community, supporting our players through:

During our beta ("early access") period, your feedback helps improve the game, from small things like bug-reports to large things like new skill suggestions, monster ideas, and more! We've already used hundreds of player-provided suggestions during our alpha period, and we'll use even more suggestions during beta as we get into the down-and-dirty details of combat, crafting, and exploration. 7aa9394dea 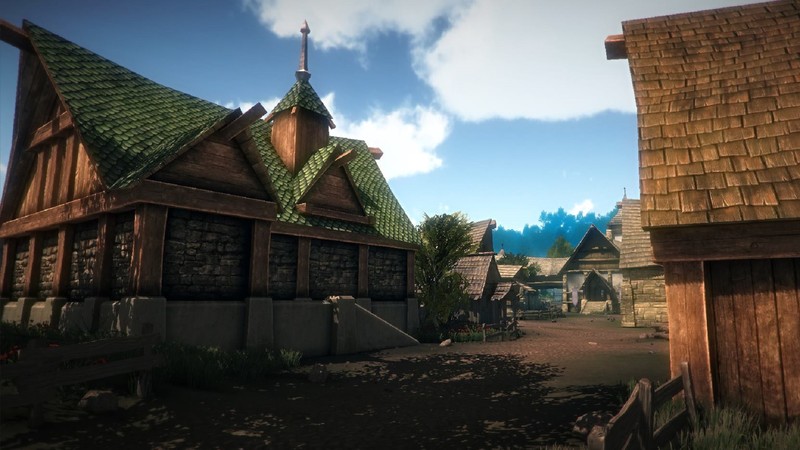 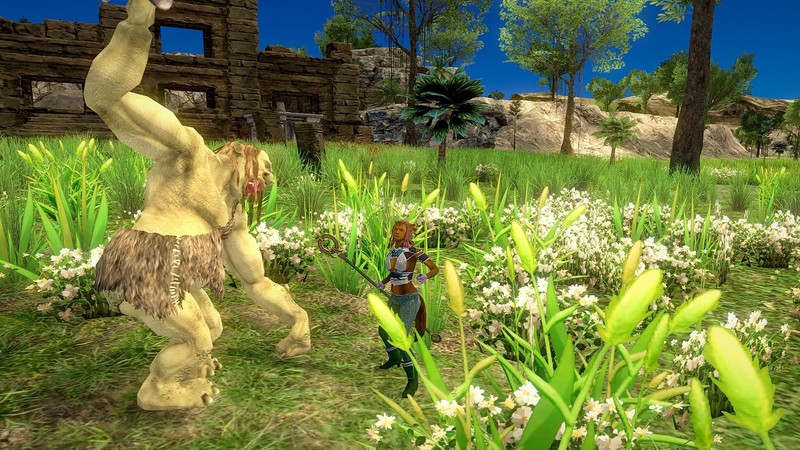 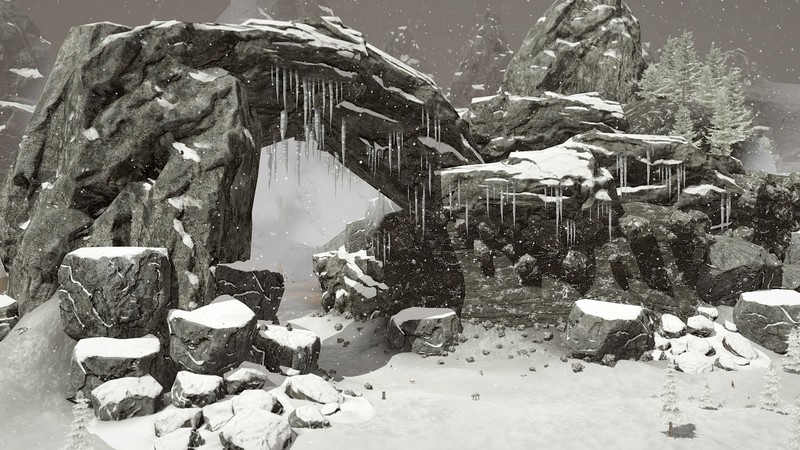 
All I can say is wow! The mechanics of this game is amazing. It really does bring back the days when MMO's truly shined. It takes away the cookie cutter class restrictions, and it allows the individual to really enjoy the game. To me it makes me feel like the world is alive and larger than life. I haven't been able to stop playing and have enjoyed every second of it. I cannot wait to see what future updates the creators will make in addition to the vast stuff that is already there. Kudos! Great Job!. What can I say, this game is fun, has a great community, involved in game devs\/guides who create events as do the community...and the game is, ahh, scarily addictive. This is, however, a more mature mmo - npcs do cuss and make R-rated references from time to time. I speak from playing over 400 hours....which is insane for me since I bought this game just this FEBRUARY! Remember, the game is still in development:

Yes, the graphics are pretty dated (as in over 10 years old type, graphics would have been a non-issue in early 2000's). But gameplay is pretty fluid, whether in its combat, crafting, or gathering. The devs who made this game have experience in major MMOs from the past and it shows in this game.

There are a ridiculous number of skills - most of them non-combat. Combat skills you equip two at a time, but can opt to mix match almost any 2 at a time as you wish and you level up each skill tree independently, e.g. if you choose shield and sword they have their own skill trees levels. Choose fire magic and say necromancy and you then level those up independently.

Loot is catered for the skills your character equips. So using the above example, you will about 90% of the time generate sword\/shield loot if you equip those skills; but if you equip different skills the loot you gather then is rolled to work with those skills.

And there are many unique things they do with the skills. For example, you can actually level up in death (from dying), iocaone resistance (a nod to Princess Bride fans) and the psychology skill (a combat skill) actually has you hurl insults or other things to damage your opponent (causing "death by shame").

The gameworld isnt very large in terms of number of zones right now, but each zone is fairly large. You have your dungeons, crypts, caves, etc, etc to explore and enjoy loot.

There isnt much in the way of story or "quests" - dont expect a WoW game which is heavily quest-oriented. This game is much more like EQ was in terms of quests, where you maybe do something for some npcs here and there, - but in terms of a direct connective story, it is still in progress. This game is much more about developing your character, getting stronger, enjoying events and the company of other players as you run dungeons or the "daily" dungeon event, There is grinding, which is not just about getting more xp, but also for getting the gear you want.

End game right now isn't like say WoW with raids or anything like that. Basically, at the highest level area, for the end game there is one major dungeon that requires a group and gives extremely good loot. What you will likely do once you feel your original character is maxxed out is then simply choose a new play style and see if its more powerful than what you just experienced, help other players, and get involved in the staff sponsored events.


So if you like the type of game I described, give it a go! At a minimum try the demo (it is free) and see if you get hooked, like me.. This game has a lot of heart beyond the rough edges. I'm glad I stuck with it and took the patience to read the text and get immersed, hope it continues to be updated.. This game is truly amazing. It's unfortunate that it's not polished yet and many will judge it negatively while it is still in early access. But for those of us that appreciate devs that put their heart and soul into making something special and whom respect us gamers that have been playing mmo's since the late 90s, it is a diamond in the rough. I've played almost every modern mmorpg. I've spent countless hours in WOW, GW 1 & 2, ESO, FFXI, EVE and many more and this is by far the most enjoyable experience I've had since my days in Asheron's Call. I haven't even scratched the surface of this game and I look I forward to the time I will surely put into it. Don't hesitate, support these devs and come grow with this amazing community and have an absolutely rich and enjoyable experience. Millennials need not apply. This is not an all flash and no substance game. It is the exact opposite.


V 1.0.0:
That's finished work on the project "RoboWorlD tactics"
But this does not mean that in the future the game will not change.
It is planned to further improve it and also fix the shortcomings that you do not like ..
In distant - distant plans to make a network game project ... But these are only plans.

and so, at the moment we have:
-training level
-Final level with the boss (spoiler :)
-mini map navigation
-optimization of effects
-Fixed some bugs. May 2018 Developer Blog:
Hi, I'm Eric ("Citan") Heimburg, the lead developer of Project: Gorgon. It's been a while since I did a dev blog -- while we were crunching on the UI rewrite, and then the Steam integration, there wasn't a lot to say besides "we're still doing that thing we already talked about." But now that we have some space, it's time for a dev blog!

Before I start, though: What's a dev blog? It's a developer diary, a look at where we are right now. It's meant to give you some insight into how we're thinking and what we want to do. But the details aren't solidified yet. Dates and times, core details ... once or twice I've even mothballed entire systems that just don't work, right after having talked excitedly about them in the dev blog.

So I apologize in advance for any inadvertent misinformation. I'm an optimistic person -- you don't start making an MMO by yourself if you're a pessimist -- and I want to convey some of what I'm excited about. And your feedback is a valuable byproduct of that -- we often change direction based on what people say here.

Client Optimizations. Update Notes: May 27, 2018:
This is a hotfix update to fix some bugs in Friday's major update. (A "hotfix" is just our term for any update that doesn't require you to download a new game client.)


We'll have a bunch more bug fixes in a full client update soon.. Dev Blog: November 15, 2018 - The Demo Is Live!:
I wanted to give you an update on our plans for near-future game updates. But first, let's talk about the demo!

Added a new map "Return to NetherEarth", not related to the main storyline. Borrowed from the game of the same name "NetherEarth" in 1987 !!!

Also added 64-bit version of the game and will now be able to control the robots under OS Linux. Update Notes: April 15, 2018:
This is a bug-fix update.