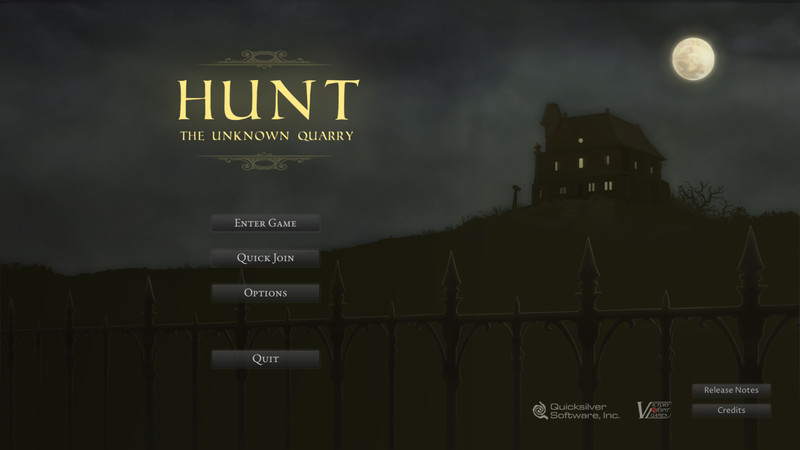 A bounty has been placed on the head of a monster terrorizing a small country town. Bounty hunters descend on the abandoned mansion where it is rumored to make its lair, each hoping to claim the prize. However, one of these hunters is actually the monster in disguise. One is forced to ask, then: who hunts whom?

Hunt: The Unknown Quarry is a deductive combat game for 3 to 6 players. One player is secretly the monster, and their goal is to cripple all of the other players in order to escape the mansion. The other players, the human bounty hunters, must discover and kill the monster before they are hunted down by the creature. Each player moves around the mansion’s many rooms to search for clues, gather items, and target other players to deduce which of them is the monster (or, if you are the monster, to wound the other bounty hunters). Tread lightly, for the hunt has begun…

Hunt: The Unknown Quarry features beautiful graphics and a finely crafted user interface that streamlines play and provides copious hints about what actions are available to the player as play progresses. It even has the option to automatically help the player take notes and zero in on the monster. Atmospheric music and carefully selected sound effects set the mood.

Friends play for free! One paid copy of the game allows a whole group to play together. The free version allows you to join online games created by others, but the full version is required to create games or to play offline. The free version does NOT allow you to play games without a full-version-owner present. 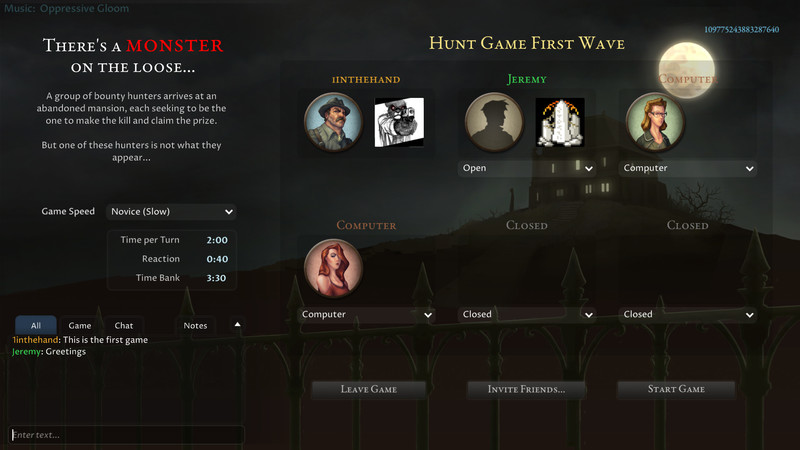 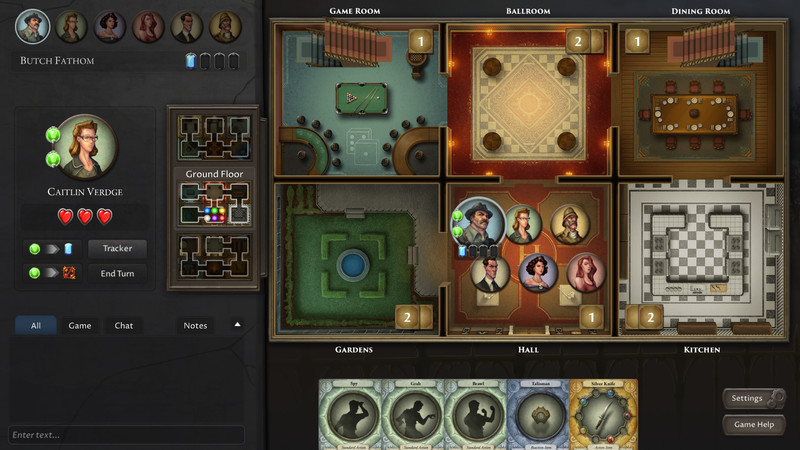 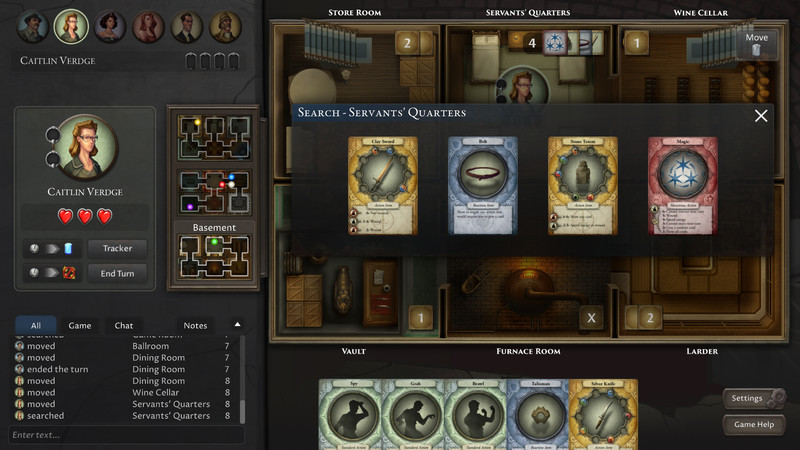 Fun little game with friends with a good deduction mechanic. Dont know yet if its balanced, but we will see in a few games.. Edit: I'm willing to change my review if I see I am missing some obvious way of playing this game, but the TL;DR is I feel like this game is unbalanced.

I really love the premise of this game, but there are some major issues. A lot of the utility items are underwhelming. With the friends I played with, it was just a rush to figure out what weapon worked best against the right monster and to bash everyone with it. Out of our approximately 10 games the monster did not win one, and none of us really had an idea of how to play that role. Some of the monster abilities seem much more useful than others as well.

There's a great game somewhere here, and the art and sound is quite pleasant and thematic, but the game itself feels very unbalanced. Monster needs a buff, and the items need tweaking in my opinion. I love hidden role games, but the game feels unpolished.