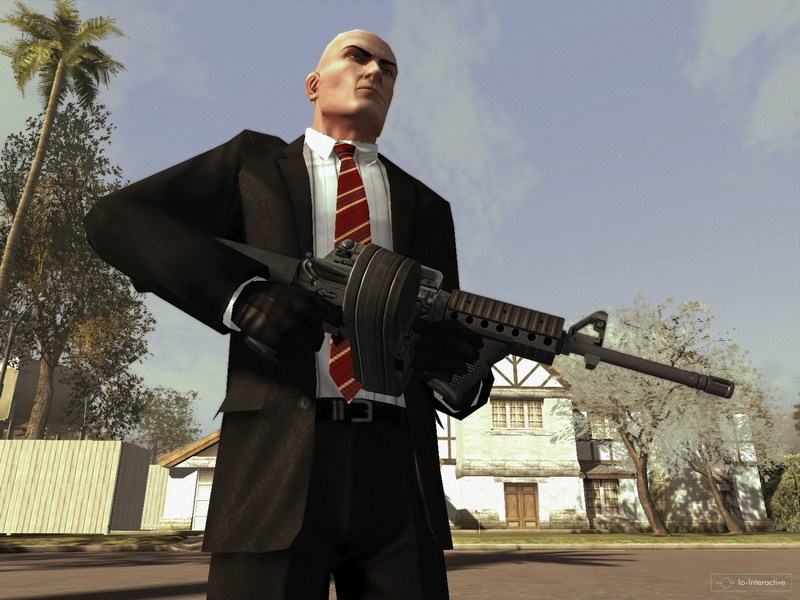 Money Talks. Silence Pays. Prepare to Make a Killing. When assassins from Agent 47's contract agency, The ICA, are eliminated in a series of hits, it seems a larger, more powerful agency has entered the fray. Sensing he may be a target, 47 travels to America, and prepares to make a killing.
7ad7b8b382 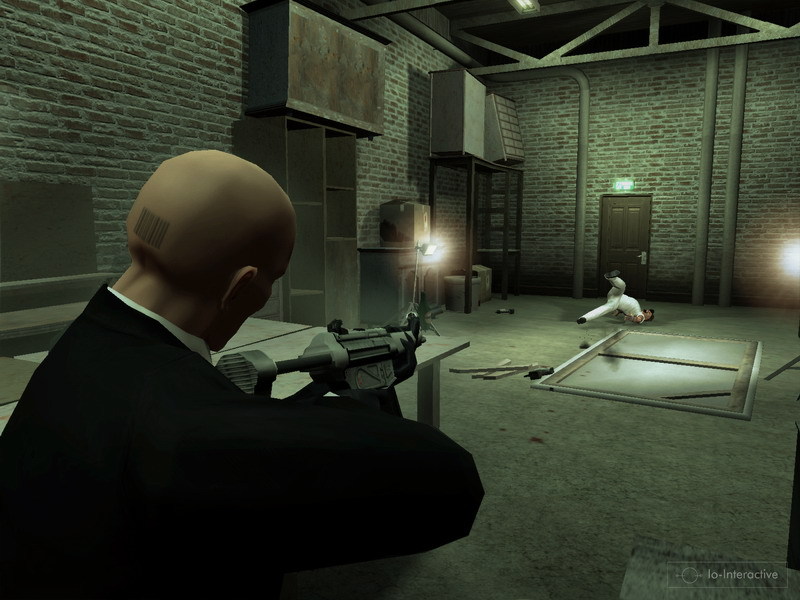 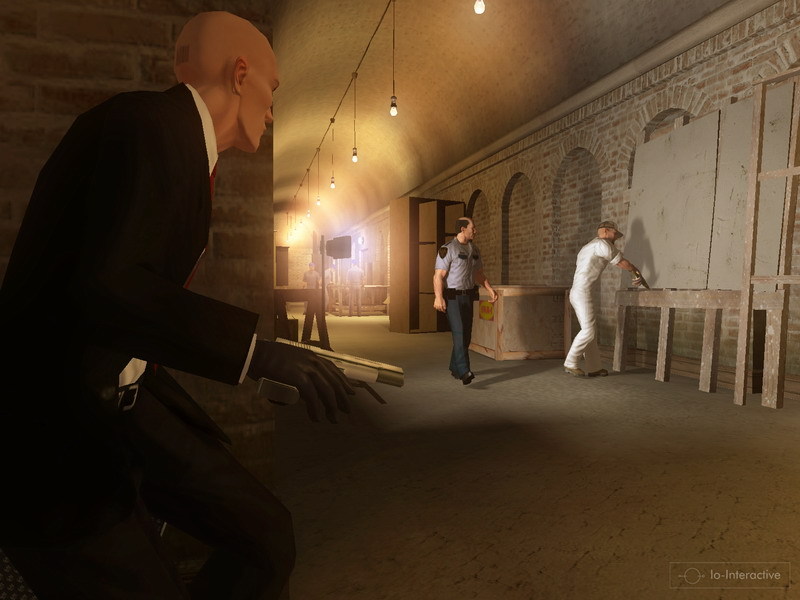 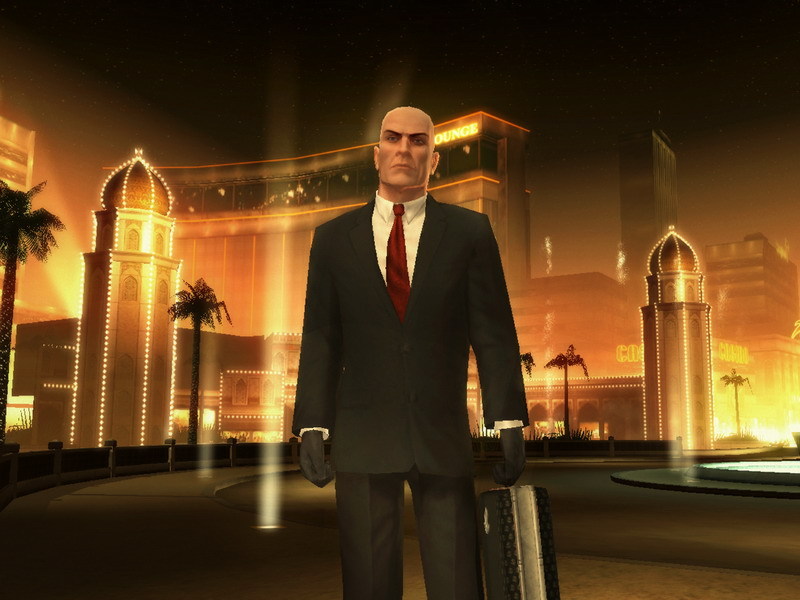 The best game in the series.. THE Hitman game to rule them all.. best hitman game still in 2019. This in my opinion is one of the best hitman games. Only downside for me at least is that it\u2019s not controller supported.. I've tried getting into the earlier Hitman games some time ago, but I found them to be rather clunky experiences. Coupled with my generally very lacking abilities when it comes to stealth gameplay, I didn't really know what I was doing and as result, I didn't have much fun. However, the two most recent games in the series seem to have been getting a lot of positive attention from fans, which, in addition to me recently playing Hitman GO, reignited my interest in the series. Instead of trying to play the whole series from the beginning, I simply chose to start with the most well regarded entry, to see what all the fuss was about.

To my surprise, I found the experience rather welcoming, with gameplay concepts being introduced and explained rather well. It managed to ease someone like me into a world where stealth is not simply an option, but a mandatory prerequisite in order to experience all the gameplay choices available to the player.

What I actually like the most about this series is the fact that its version of stealth doesn't mean you have to crawl through vents and stay in the shadows all the time. Hiding in plain sight is what this series is all about and figuring out how to achieve that goal on your way to your next target is what makes the fantasy of dressing up Agent 47 in these, sometimes ridiculous, outfits so much fun.

This radically different approach to stealth gameplay means that stealth in this game is not merely an obstacle course, where you want to stay hidden from the enemy, but an intricate puzzle. Targets, guards and regular civilians all have their own set routes and behaviors in these levels. Some repeat their cycles endlessly, some have specific paths they travel along throughout each mission and you have to time your way through all of it.

The best part of this clockwork-like structure means that you have a variety of choices of how, when and where you want to engage with all the non-player characters. You can find weaknesses in their patrol paths and exploit them, use circumstantial elements of the level design to create traps that look like accidents or lure people away from their patrol routes. This open-ended way of giving the player lots of ways of achieving their goals means that there is an incredible amount of replay-value here to explore. You're almost never done with a mission just by playing it once.

That doesn't mean that the game is reliant on trial and error though. Plenty of stealth games feel like they require the player to fail at least once in order to learn a piece of information before they can overcome an obstacle. However, to me, that isn't really all that fun and engaging. Hitman: Blood Money gives the player lots of leeway before guards simply open fire on you, by alerting you before you enter restricted areas and giving you some time to leave those areas before attacking you. This means that you can play this game in an improvisational manner, learning the way the level wants you to behave while you're exploring it, without failing you at every turn. The aggressively limited save-system, which only allows a certain number of saves per level, forces you to pay attention and take some risks.

If there's one thing about the game that doesn't feel all that polished, it would have to be the narrative. The missions themselves are disconnected from each other. There is a framing narrative around these missions, but they largely have no impact on the stories told in those missions, which feels like a missed opportunity. However, I guess that lack of a holistic narrative is an inherent problem with a game about an agent of a global assassination agency that takes every mission if the pay is good.

This lack of overarching structure is also felt in the notoriety system, which increases the players notoriety with NPCs in future missions, if the player fails to remain inconspicuous throughout their missions, but you can simply pay them off in between missions. It's hardly a drain on resources and in the end doesn't matter in the greater scheme of things, since you're not debating on spending your money on lowering your notoriety versus buying useful upgrades for your arsenal, since you're generously rewarded with enough money to comfortably do both those things.

Other than that, I had a lot of fun with Hitman: Blood Money and I certainly look forward to playing some more titles in this series in the future.
. One of my childhood games. I played it nearly 8 years ago on my dads office PC and today, Hitman Blood Money feels a lot harder and a challenging game than I remember when I was 10 year old. Maybe its because games have gotten a lot easier as time went by. To me this game felt so real and now it definitely shows its age. Hitman: Blood Money is so far a refreshed version of the older games. There's everything you expect from a classic Hitman game. The levels feel really great this time. You've got tons of options on how you want to approach the level. Level designs are quite big for a 2006 game and feel almost feels like a Sandbox game. The stealth mechanics are great although its quite frustrating when the enemies spot you and you miss a chance to get this great Silent Assassination badge.
Places and environment are also really good!! IO Interactive really knew what they were doing. Every level feels so unique, never did I felt like the developers reused or copy pasted the assets and buildings. Every level is well done. The previous installment which happened to be Hitman Contracts is bare bones if you compare it with this game. The soundtrack is also the best upto this point. There's nothing to grind here which is also cool. It's a pretty straight forward game and takes 12-15 hours to complete on average. (tried playing at normal difficulty but there are hard ones for you pros like you xD)
One more thing I love about Hitman is emphasis on your knowledge. You are given tons and tons of utilities, weapons and tools that you can use as your advantage. You can't just go out in the open and shoot every guard down and pass on to the next room like a action hero.
Most of the game's story takes place as a series of flashback sequences that are directly connected with Agent 47. However the story shifts to the present day (2006) after completing 80% of the game. The timeline is kinda confusing but you don't have to worry about that. The story isn't as good or cinematic as you'd want it to be but its not Metal Gear or Splinter Cell so yea that's it.
Blood Money isn't a perfect game either. As you can see from the screenshots the graphics are pretty dated and look really ugly. The controls are kinda dated and clunky on PC (I played it using keyboard and mouse). The movement feels kinda choppy. The A.I is inconsistant sometimes but all that can be easily ignored considering its a 13 year old in 2019 and how cheap it is during Steam sales.

I'm kinda disappointed that WB Games\/IOI haven't given PC users the same treatment as Playstation 4. They didn't bother to bring Return to Arkham collection of PC either. I would have really liked a remastered Hitman Blood Money and Absolution collection with improved controls and few tweaks here and there but hey at least you can get this for $2. You're not forced to pay $60 like console gamers so that's great.. its good even in 2019