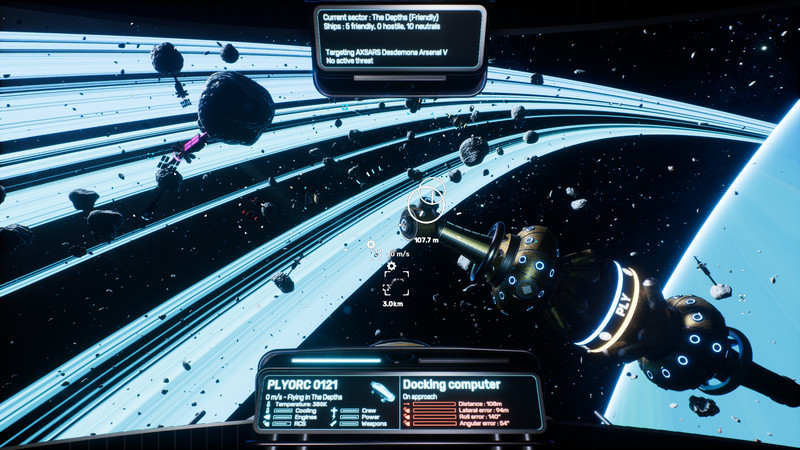 
Helium Rain is a single-player space simulation that places you at the helm of a spacefaring company. Trade resources, buy ships and stations to fulfill contracts ! Dock at stations to buy and sell you wares or upgrade your ship, upgrade your technology to be more efficient and militarize your fleet to prevent piracy.

You will need to master both real-time action and long-term strategy: destroying a freighter has a direct impact on the economy, while declaring war will make your spaceflight environment slightly more hostile...

A world that feels real


Your ships have generators, radiators, weapons, engines, cargo bays or life support systems - they all work together. Every thruster on your ship plays a role. Aim for engines to pin down your enemies, or send them spinning around by destroying power stations. Most ships have more than thirty individual parts ! You can customize the most important parts of your ships - your main engines, attitude control thrusters, weapons and hull colors.

Your competitors are independent factions, companies with the same goal as yours - ruling the system. They will try to undercut you, or even attack you if you become a threat to them. But don't be too quick to destroy them, as war can break the supply of resources you depend on ! Attacking freighters will destroy resources, with the potential to cause an economic crisis. 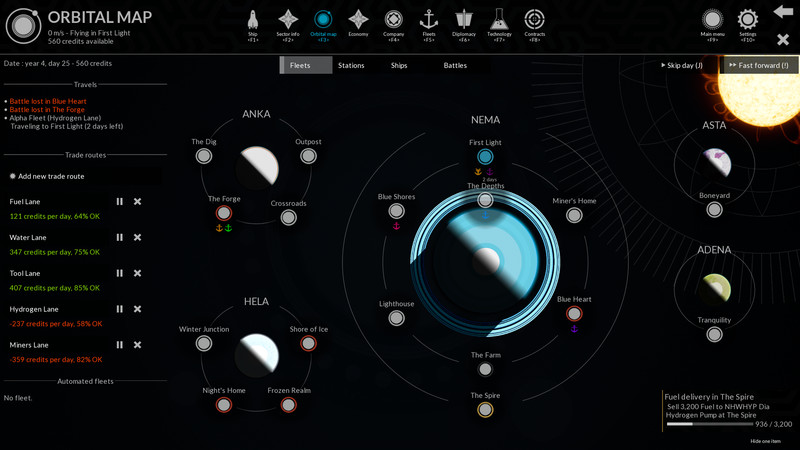 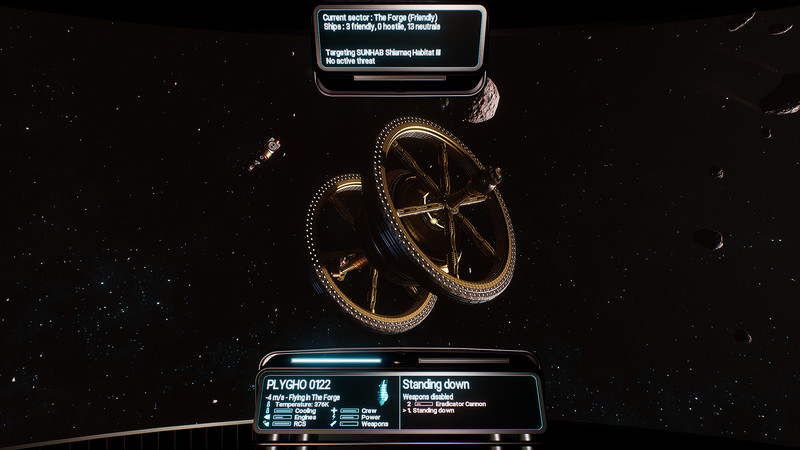 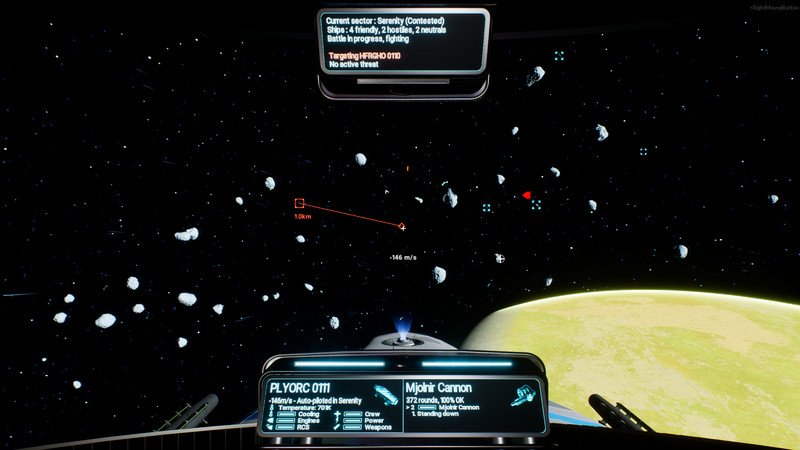 
The controls killed it for me. Aparently they are due to the limitations of the game engine itself. So it might not be something that can be fixed. Too bad.. I hoped for something like X3 with a usable interface..

I got disappointed. The user interface is just as bad, perhaps worse.
I played it for a day.. a day of docking and undocking from stations. Boring. And frustrating because the interface is so bad.

You have to switch between mouse, keybord and joypad constantly.
And that without any need: it's not that your interaction with the game is very complex. Fly to station, autodock, fly to another station, autodock, repeat. That's most of the game the first few hours. For that simple process, you need a cascade of clicks through all kinds of menus.

For other interactions you have to go back an forth between menus as well: set up trade route.. frustrating as hell

Perhaps the combat is ok.. but I won't go through the pain of collecting enough money by dock-undock-boringness until I finally have a fighter.

. It's a very relaxing game. A lot of the game's mechanics can be automated, if you choose to go that route, and as a result you can take a mostly macroscopic stroll through the essential features of the game.

It's not as complex or complicated as other games in the same genre, such as the X series, but that's not necessarily a bad thing. There is a stylized quality to the ships (they are beatiful but not overly complex graphically), and that extends to the gameplay as well.

My only disappointment with the game is that the menu elements (selecting stations, traveling on the map, etc.) are not as well integrated into the cockpit/HUD as they could be. When you go to one of the tab screens you're taken away from your cockpit into something that looks very much like a game interface.

Overall, however, I'm very satisfied with Helium Rain. It's not trying to be the next X or Elite. It's trying to be Helium Rain. And Helium Rain is good.. It's a great space sim, especially for it's price ($15 usd). I have a few complains (for instance, trading yourself isn't incentivised at all, your better of having trade routes, but then all there is to do is either contracts (of which VIP is the only one REALLY worth doing), or to just sit fast-forwarding), but overall very fun. Makes me really want X4 to come out!. HAVING PLAYED MORE SPACE COBAT/TRADING GAMES THAN I CARE TO MENTION SINCE THE MID 80's STARTING WITH THE ORGINAL "ELITE", NOW AT JUST OVER 70yr OF AGE I FEEL QUALIFIED TO PASS MY OPINION.
HELIUM RAIN IS A DIAMOND IN THE MAKING, AS WITH ALL DIAMONDS IT DOES NEED A LITTLE POLISH, BEEN PLAYING ABOUT 6hr. AND HAVE GOT USE TO THE INTERFACE AND SHIP MOVMENT, THE NEWTONION MOVEMENT IS A JOY AND THE CHALLENGE OF DOCKING IS GREAT [ DONT BOTH WITH DOCKING COMPUTER IT WOULD SPOIL THE FUN ] ONLY CRASHES I'VE HAD WAS WITH THE KEYBOARD COMMANDS INTERFACE, TRY TO CHANGE THINGS TO MUCH AND IT GET CONFUSED AND CRASHES. I FEEL THE GAME CAN ONLY GET BETTER. ONLY THING THAT'S IS A LITTLE FRUSTRAING IS THE SMALL WHITE RETICLE, IT COULD BE BIGGER AND COLOURED.
THE DEV'S SEEM KEEN TO IMPLIMENT IMPROVEMENTS, PREHAP THEY WILL MAKE AN OLD MAN EVEN HAPPIER.
KBTHETOAD. Great game and simulation, it's really pretty and makes you feel like you're actually in space.

It's been three weeks since the game came out, and we're now to the point where most game-breaking issues are solved - we know some bugs are still there, but it's no longer an urgent situation. We've looked at every suggestion on the forums, discussed what was more important, and we can now share a roadmap for future updates !

It's been some time since our last update, with a hot, busy summer taking some time away from development. We're back !

Our next update. Modular stations update:
A new update has just been released to Helium Rain ! We've been hard at work for two months to bring this large update to station management, as well as a better UI and a new engine version.

This is a very large update that has more risk than usual. Consider doing a copy of your previous game save before running the game. Read up on http://dev.helium-rain.com to find your game save folder. 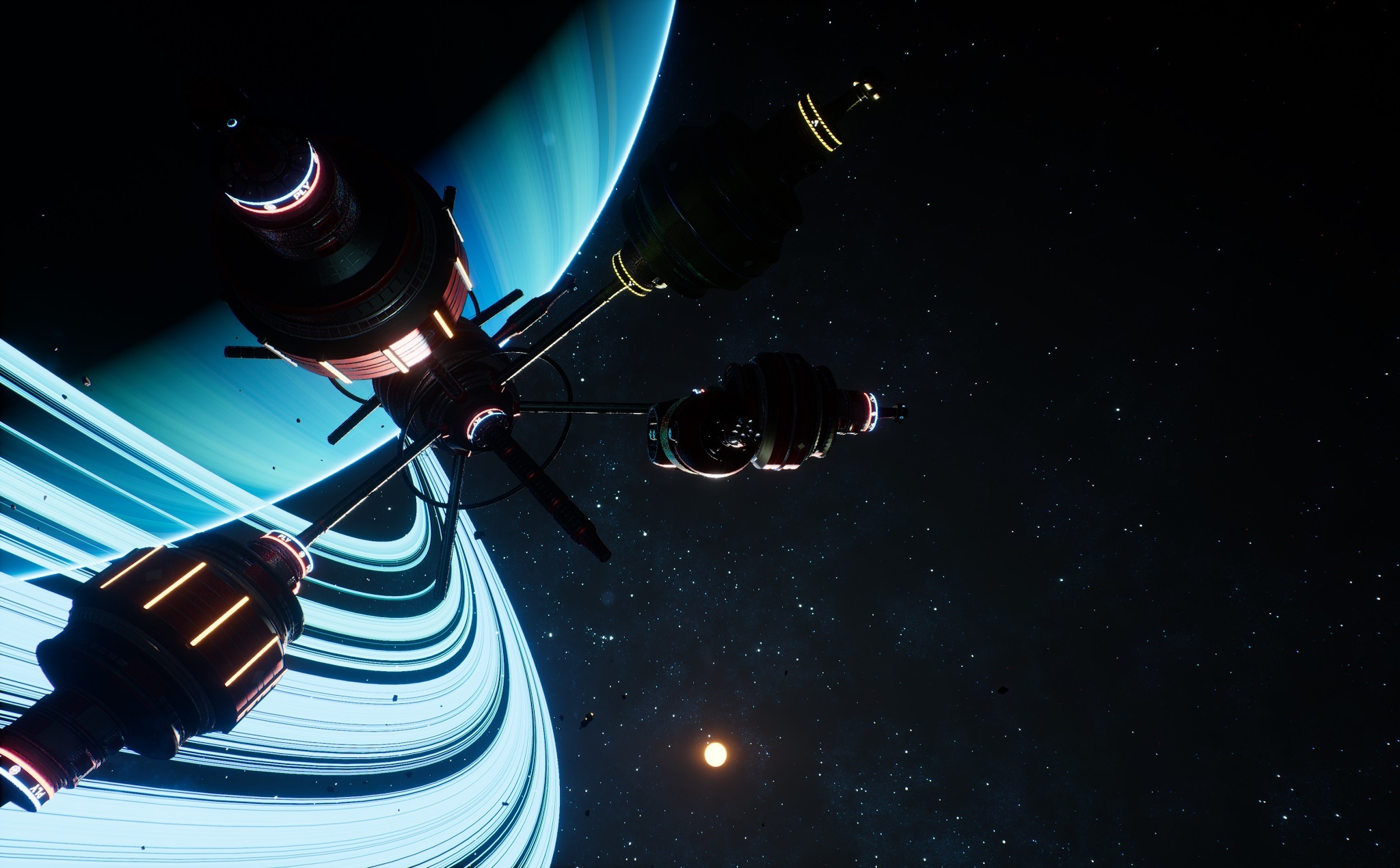 Modular stations. Helium Rain hotfix:
We've released a small hotfix today to address some rare cases of game saves crashing the game at load. The issue was related to the Company Log feature, and is now fixed.

As a reminder, if you ever encounter a game crash or a bug, please do tell us about it - this is how we found, and fixed this issue. Read more on this on our bug tracking home[dev.helium-rain.com].

See you soon for other updates !. Stations update:
We've released a new version for Helium Rain. Every station currently in the game has been remade, and a number of issues were fixed - mostly to the AI and economy models in the game. Some rendering details were also improved. 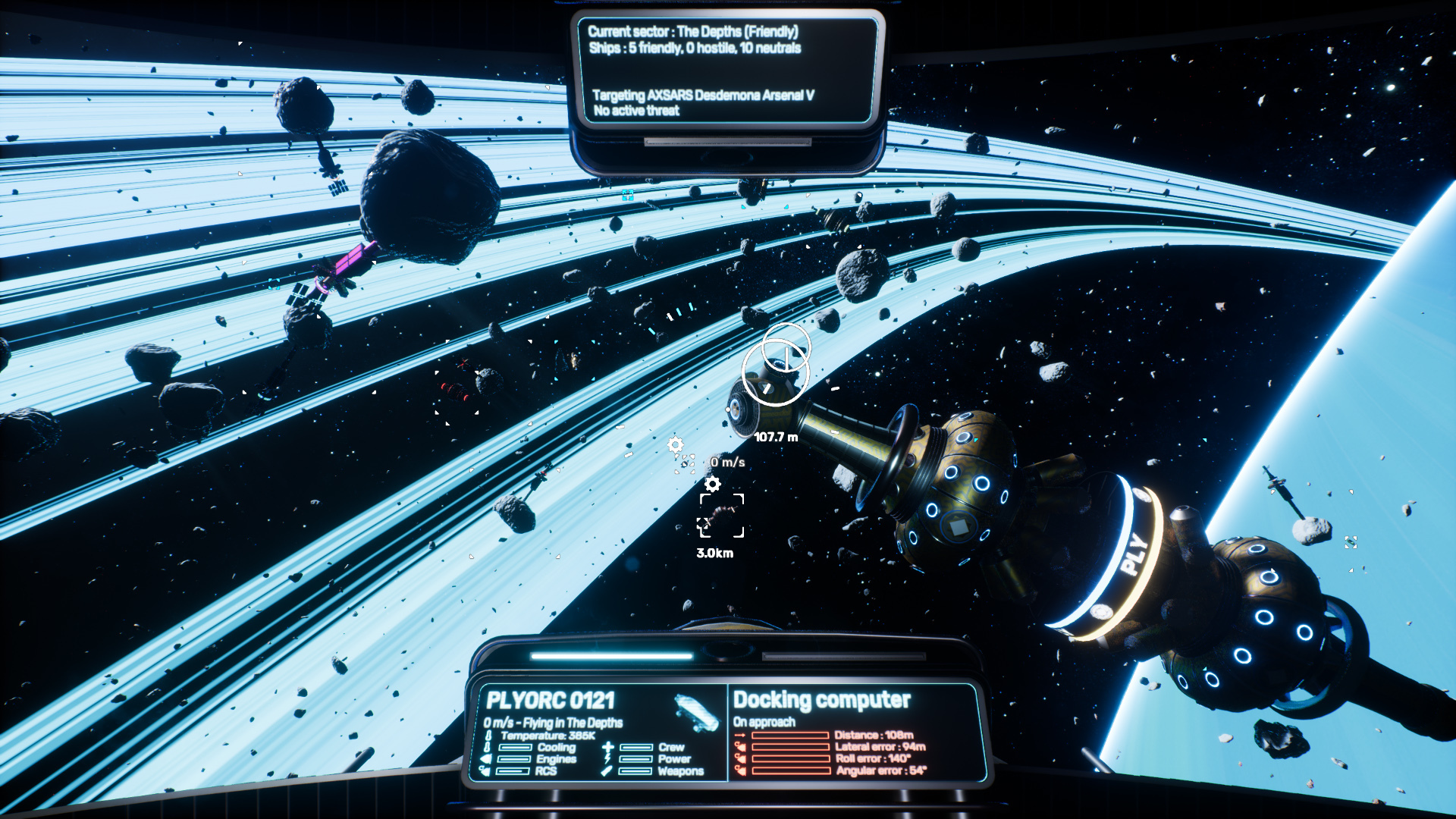 Seeing players enjoy the game, despite some rough edges, is really great - we're especially happy to see so many ideas and change requests on the discussions forum. Some of these are already in this update, more will come !