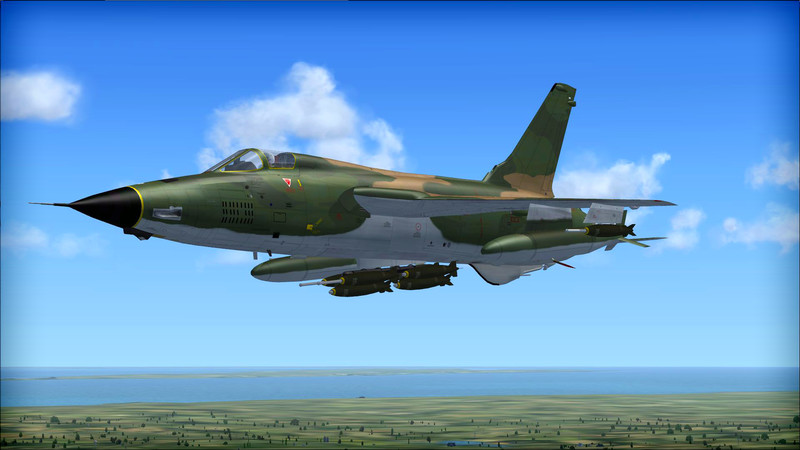 The Republic F-105 Thunderchief, first flown in 1955 and often known as "Thud" by its pilots, was a rugged and reliable multi-role fighter with an emphasis on low-altitude, high-speed penetration strikes with a single nuclear bomb. At the time of its construction it was the largest fighter in the world and set several world speed records. The F-105D was the definitive variation, featuring an all-weather capability and modern avionics (for the time) with 610 units of this type being built.

In Vietnam, the F-105s were used as bombers, the usual load exceeded by fifty percent the amount carried by a World War II B-17. An extra fuel tank was fitted into the spacious bomb bay while up to 12,000 lbs of bombs were suspended from five hardpoints. Though primarily used as a bomber, the Thunderchief still scored its share of downed Migs, 29 of which felt the bite of the Thud. The F-105D's wing measures 34 feet 11 inches, tip to tip. Length is 64 feet 3 inches and height is 19 feet 8 inches. 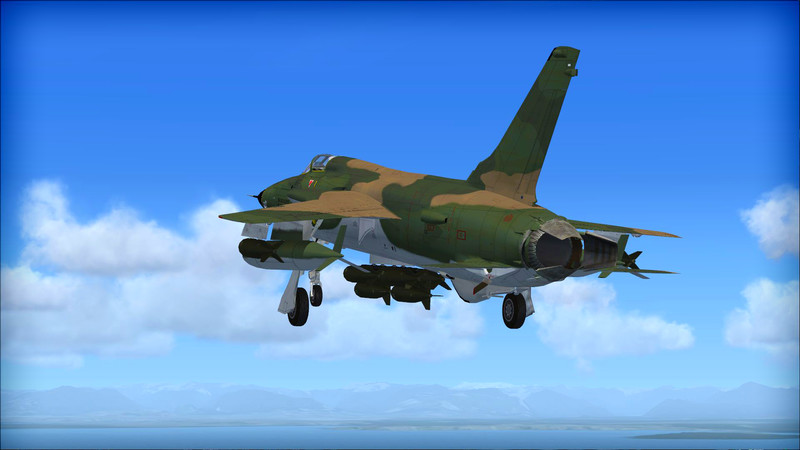 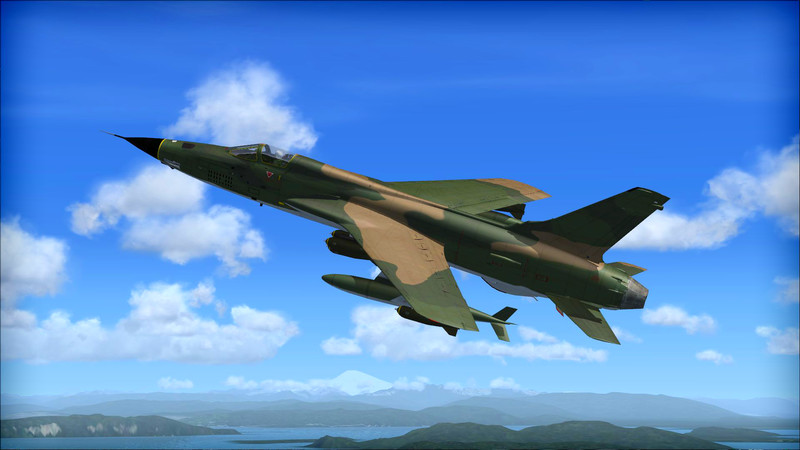 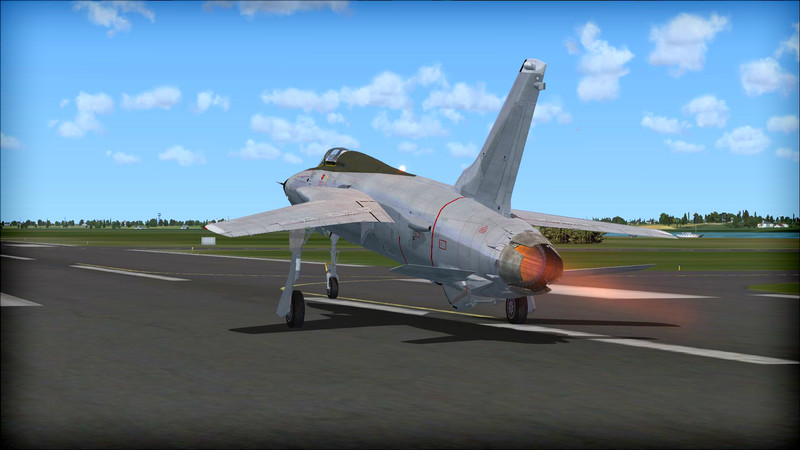 This thing is a hoot to fly. Nothing will catch it on the deck. Buzzed Campbell River airport at 1.22 mach at less than 2\/3 throttle at 4000 ft. Turns like a semi, stand it on knife edge and pull, will black you out easily at speed. Stable as a swiss franc. Good auto pilot but, has an anomoly. When autopilot turned off on sub screen mach command switch right below asi stays on even though red indicator on asi goes out. Continues to control throttle. Turn this off and good to go. Other than that good visability and fairly docile to land. Flys like everything I have read the Thud was like. Would be nice if you could drop ordinance, maybe you can but have not figured out how. All and all worth the coin. Enjoy.. Fun to fly. Will go supersonic with ease. Challenging to land. I recommend it.. Plane is great and flight chacteristics are pretty good but no historical squadrons or markings is a real downwer.