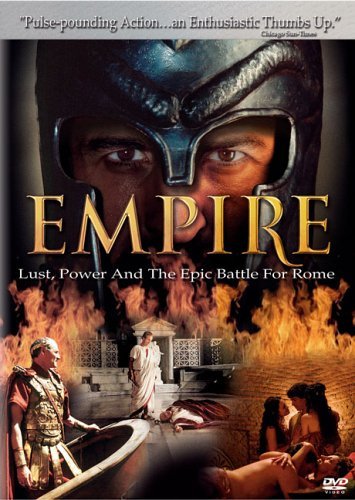 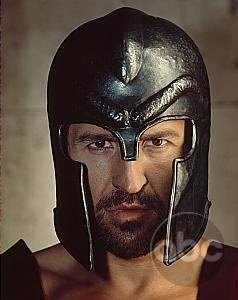 Epic four-hour series about the rise of Octavius who succeeds Julius Caesar and tangles with Marc Anthony for control of the Roman empire and finally went on to become the emperor Augustus.
The story is set in Rome around 44 B.C., just after the assassination of Julius Caesar. Octavius, aged 17, who was named heir by Caesar, is challenged by Marc Anthony. A civil war ensues, ending in a showdown between Octavius and Marc Anthony.
Well folks, last two nights I saw This mini series on Spain TV, as I am a beloved of everything related to Ancient History, specially on media (movies, series, documentaries). Recently also in Spain was shown another big historical series, BHO's Rome, I liked it very much, and I was hoping something in the same way. But this series, Empire, really I disliked, the way it was played and most of all the history, quite inaccurate. Some items of the history (Tyrant, for example) does not fit very well, and remembers too much Tom Scott's Gladiator (even the music was very similar in that way), another parts of the history were underestimated or even cut out. I mean the last of the Antonio's and the final fight between Octavio and Antonio, the Accio Battle and other episodes (Cleopatra affair). In deed the plot was sometimes incomplete, sometimes inappropriate. In the other hand, the players, the actors, have taken part in different ways; stand out Agripa, maybe Tyrant, sometimes Caesar, sometimes Ciceron, but the rest in my opinion sometimes overplayed (Antonio), sometimes had a poor acting (Octavio). Really hoped more
After all the teasers, I watched the pilot & found it typically Disneyfied. It takes historical characters of late first century BCE and early 1st century CE and weaves a majestic tapestry of fabrication. It then hangs it on a few pegs of historical truth and expects you to swallow the whole story as fact, when it's mostly fiction. Some of this lack of fidelity to history has been pointed out by others already, so I shall not belabor the point. Having the adequate & comely Santiago Cabrera play Octavian or Octavianus, NOT Octavius! is a stretch. The future first emperor of Rome was 18 not 28 in 44 BCE. Given the state of cultural/historical illiteracy today, I am not surprised by 'Empire.' Afterall, it's Disney/ABC and not the History channel or PBS.