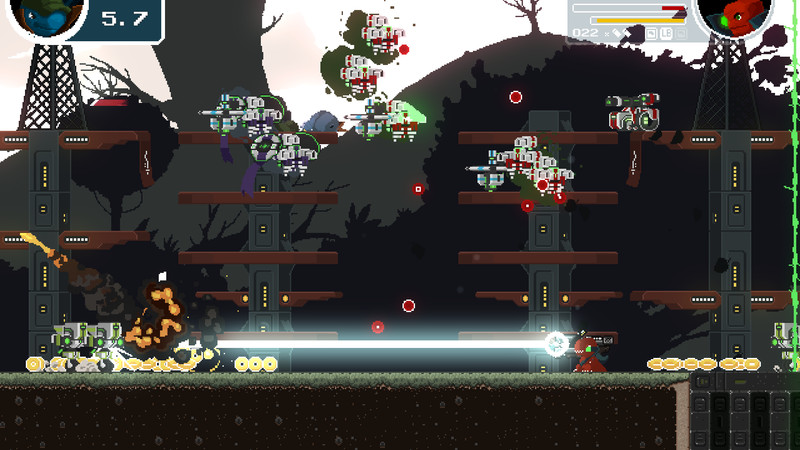 Robots are everywhere! They've conquered the whole planet, destroyed the place you used to call home and kidnapped your dragon-mom. That's not right, bros! Definitively not right. The only cure for this terrible mess is to exterminate those cranky machines with bullets and big explosions! Play as a young dragon in this 2D retro run & gun adventure, in co-op or solo. Armed with shotguns and laser cannons, free your mom from the evil Mechaliches! Story
Four teenage dragons go on an adventure to save their kidnapped mom. The culprits? The mechaliches! They are an evil robotic society who survived the collapse of a technologically advanced alien civilization. On their way, our dragons meet various mega bosses and learn more about their enemies goals. Features

There are a dozen kind of enemies. Some are just shooting at you, other lob at you, some fly around and drop bombs, some have a shield in front of them, some fly and shoot, some are slow but very resistant, some are sniping you, some punch you etc.

Use the map to travel freely through already completed levels and improve your previous high score. 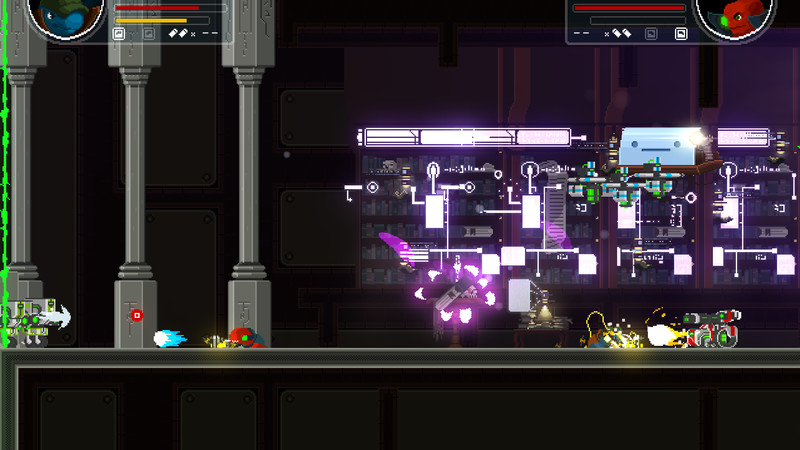 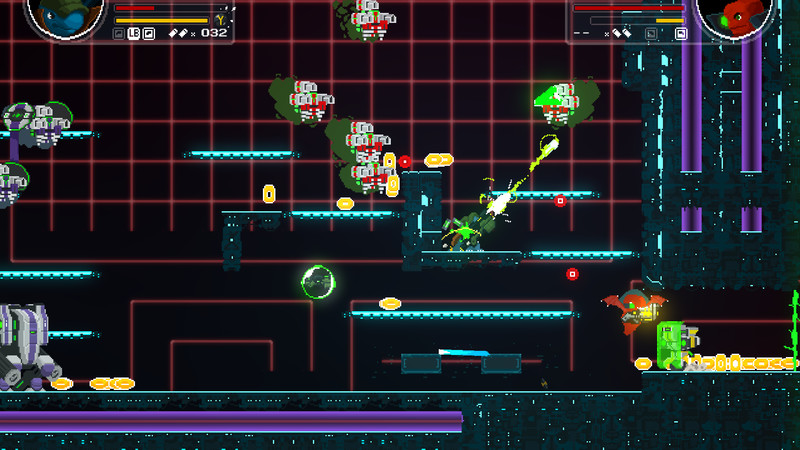 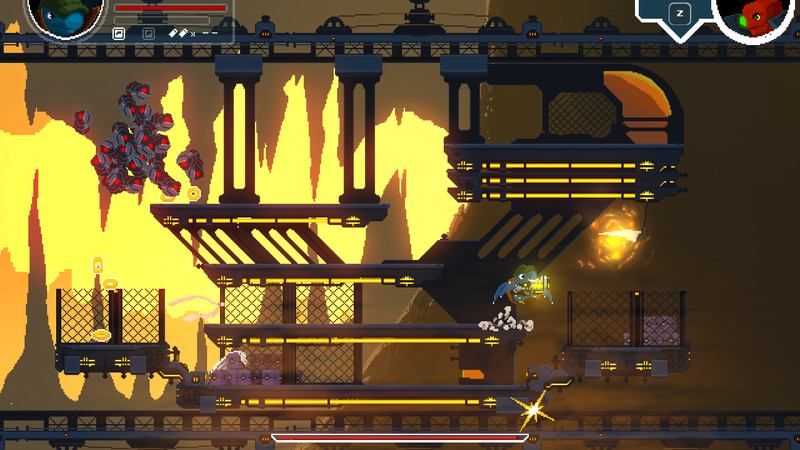 Gorgeous 2D shooter in a good styles with great music. I'm a fan of this type of game, and it was very nice to play this game. Thanks to the developers. RUN & GUN.. Good game for the price tag. Seems like it would be an unusual rip off of super smash bros by the title but it's not, it's just a really solid side-scrolling shooter. That being said, there are only 12 different levels, four of which are bosses, so there's not a huge amount of content to go with. Furthemore the timers are janky as hell, which doesn't really affect a whole lot besides the respawn times in co op, (which never seems to be the same twice, sometimes they respawn instantly, other times it takes more than five or maybe ten? seconds) and spikes and stuff seem to pop up at irregular intervals.
But on the flip side, the shooting is really good, controller support actually works, and the music is catchy.. A fun game in the Metal Slug tradition.

Terrific soundtrack.. Great game, loving it so far and I'm not usually into this type of game! Great work guys, can't wait for more updates!

For people looking to buy this game:
The game in single player takes control of one of the dragons and you manouvere across levels that contain some platform elements but coupled with the high-paced action it makes for great fun. Keep in mind that the game is difficult in single player, it is meant to be a challenging game!
They have local co-op and that works for keyboard too which is great.

Cons:
Sometimes the camera feels a bit close for the action

Terrific soundtrack.. I played alot more of this game at Playexpo and talked to the devs about it too.

Dragon Bros is fantastic. Great, fast paced shooting thats VERY challenging at high difficulties. After beating the boss the devs deemed too hard for the second time they put me on Nightmare mode, which is literally 2 hits and youre dead.

The game rewards exploration too, many times I climbed a structure or went into an innocent looking hole to find shotguns and such, which I wholly recommend remembering for harder difficulties as clearing out mob zones is punishing when you die in 2 hits.

Graphics are good and cheerful

Guns are well placed about the map

Cons: Shottie, while very satisfying, have no ammo at all. 7 shots is just not enough

When holding aim mode and jumping, you have to wait til you land to exit aim mode, which can kill you at high difficulty

I liked Nightmare, but 2 hits is a little too steep a penalty considering the enemy health buff it comes with.

I wish the walk animation wasnt so simple. i was well on my way to adding this to a small favorite list, its a neat little shoot'em'up will some ?zany? story and odd character designs. I loved the gameplay, hell, even with the controls that wouldnt register or would plain lockup in an infinite scrolling state untill you died.

but jesus \u2665\u2665\u2665\u2665ing christ those last levels were terrible. i had loved the idea of traps moving to the beat of the music and such. It was a fun creative touch filled with hope and naivity that was immediatly taken out back and beaten bloody with a rusty crowbar by a soured attempt of "fun" by the time it reached 4.1. The music that works against the level design as im guessing was an attempt at a difficulty ramp was \u2665\u2665\u2665\u2665\u2665\u2665\u2665t. floors that stayed in a pattern until the barely audible second bass dropped randomly pulling the ground out from under you a half second after it spawned. The third randomly shooting knife from the ground when otherwise it would hit twice with the beat at a time is fun untill your in the middle of a bullethell firefight in CQC and it takes 3\/4 of your health in a single hit.

Plus the game still says early access even when steam says diffrent is...worrying. but good goddam does this thing need more than a bit of polish