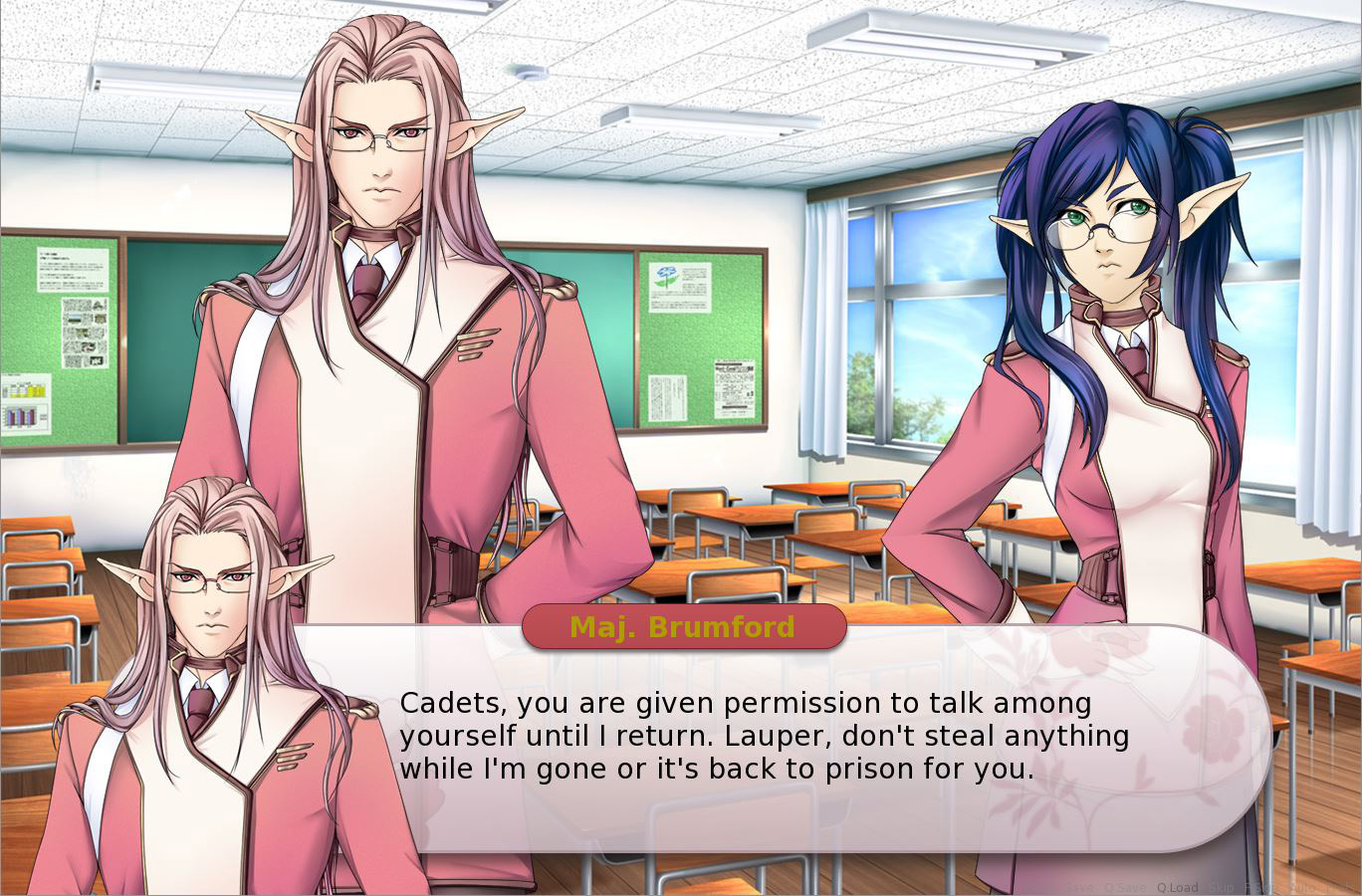 Rising Angels: Hope is the story of Faye Moonfallow, her squad of somewhat lovable misfits, and their dreams of joining the Katajion Space Force. However, before they can get there, they have to first pass the rigors of the Space Sector Academy. Life is rough, non-stop, and the danger of getting the boot is ever-present. Can Faye and her squad overcome the challenges posed to them or will the group destroy itself in chaos? Each day is an adventure as the young researcher tries to find her new place in the galaxy.

Features:
- Expanded remake of the original Rising Angels story, Rising Angels: The Red Rose
- 8 - 10 hour adventure spanning Faye's year
- Options to help guide Faye through her adventure
- Unlockable gallery with unseen images from both the original game and the remake

Rising Angels: Hope is a yuri visual novel with 3 parts that were released as free updates. The combined parts adding up to an 8-10 hour adventure of love, mystery, and growth. 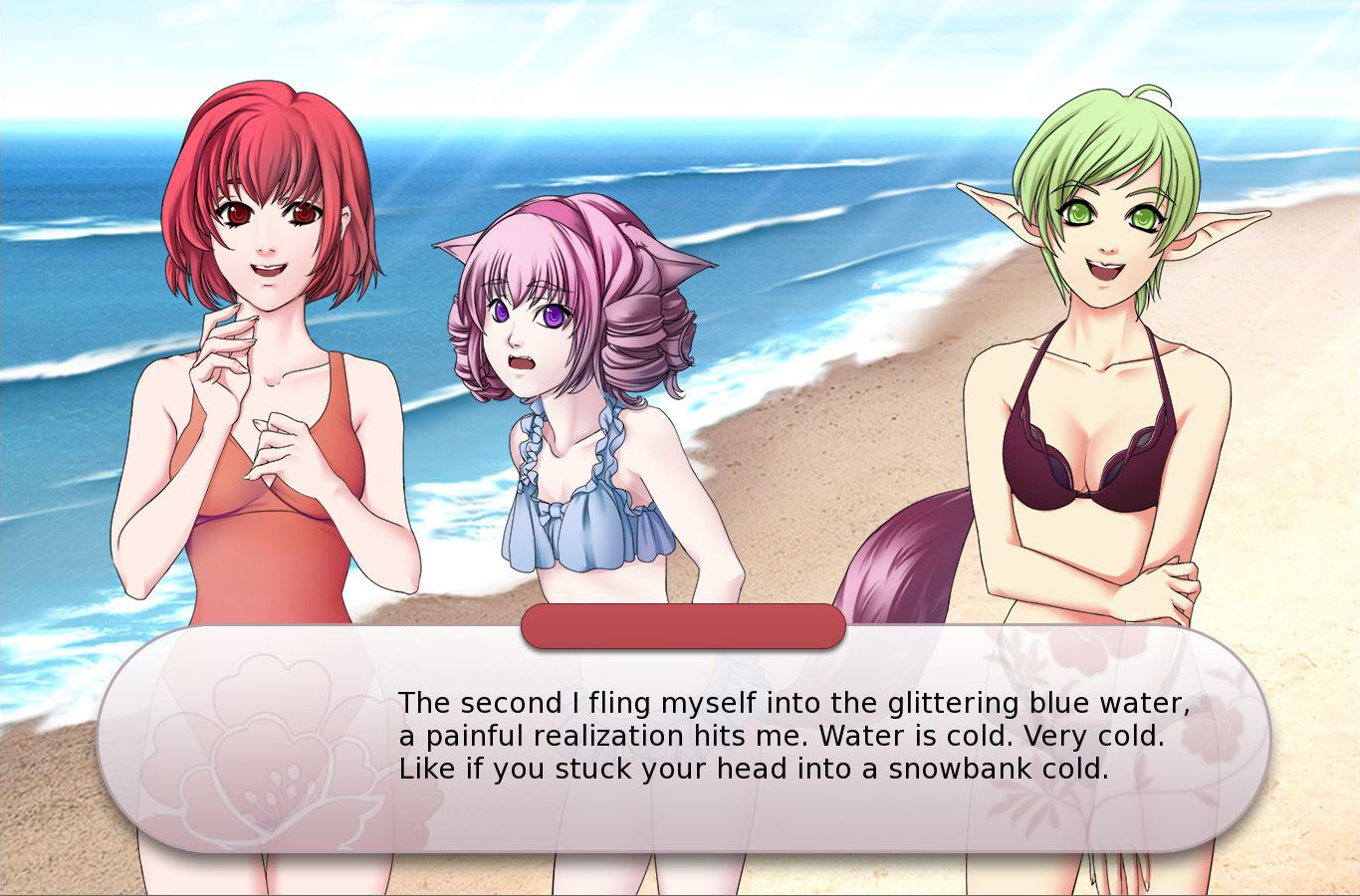 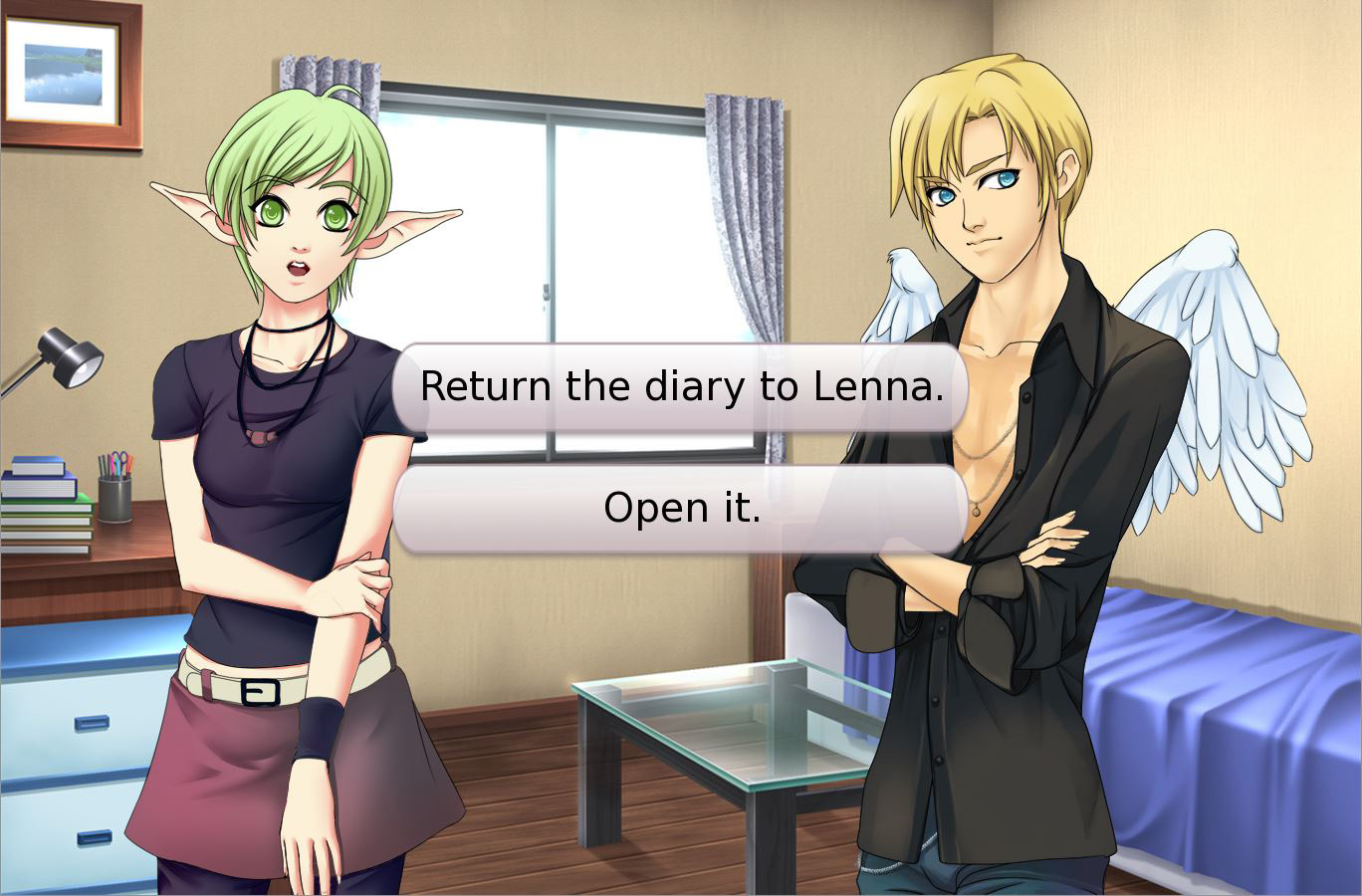 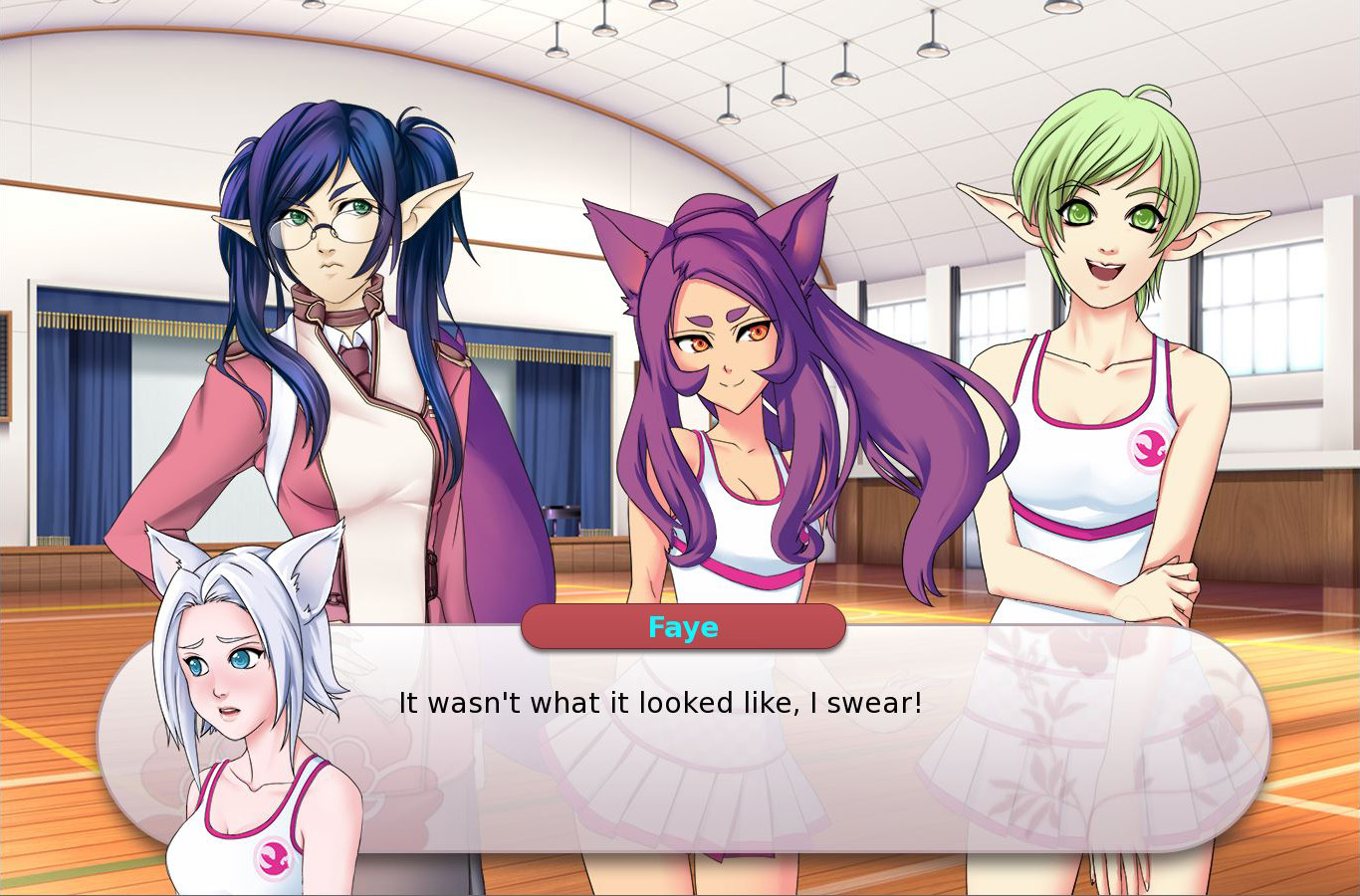 
I must say\uff0cFaye is the cutest one
I want to squeeze her
a
LOT. I absolutely love this game. The protagonist Faye is great. My favorite lady is Kika though, I just adore her self centeredness- I hope I can ship her and Faye, time will tell.

Anyway, I am loving the story, I am extremely happy with my purchase. Awesome game, the choices I have been presented with so far have very interesting consequences. The storytelling is masterful, all the characters are vibrant and complex, very diverse and interesting. Excellent game. Very strongly recommend it, I am glad I found it while browsing here on steam.. It's hard to be a space military cadet while having a big bushy tail. To all the wolf girls of the galaxy, I salute you.. I really liked the first game, this one not so much.
While I get the idea of the characters, I can't help getting worked up due to the writing, the situations, and their conclusions. They're simply bad. Every single character is annoying to a point where I cant handle it anymore.
Im out for now. Cant play it. Not good for my health. Almost smashed my keyboard several times. Blood pressure rising, neighbor's complaining because of frustrated screaming all over the building.

Nice art though!. Overall, I found this VN to be quite enjoyable. The different art style to Reborn took a bit getting used to, but wasn't bad. The music was good. Faye as main character was interesting (the wolf sounds got a bit old rather quickly, though). Of course, Kika is still best character :)

One request for the person responsible for the text: please check the meaning of the word "complement". It was used instead of "compliment" several times and that was a little irritating.. Kika is cuter than Lenna, but Faye and Lenna are cuter together.

This is a crisis that must be solved.


In all seriousness, my only gripe with this VN is that they didn't use the same art style from Reborn for uniformity (and generally more pleasing assets), instead opting to use an artstyle more reminiscent of the VN this is a remake of.<\/span><\/span>

For those worried about it: This game doesn't end in het. In fact, it is impossible for it to end in het. It's hilarious how BTFO the het gets.. I played Rising Angels: Reborn prior to this and that is how I ended up finding Rising Angels: Hope. At first I was a little bit hesitant because of the price, but after looking at the artwork (which is fantastic, btw!) I took the plunge and don't regret a thing. This visual novel was amazing! My favorite to date!

All characters are interesting and well developed and the storyline is solid. The balance between positive and negative events is good and most conflicts or problems are resolved quickly enough that the stress that they induce isn't too bad. I get heavily emotionally invested in games and visual novels, so a drawn out conflict resolution can be quite stressful. The character subtleties and backstories are also very well thought out and well implemented.

Without giving away any specifics; there is a plot outcome in Rising Angels: Hope that I have never seen in a visual novel before that left me speechless when it happened. Never has a plan gone so wrong so fast in anything other than real life.

My final rating is definitely 10\/10. I hope (hehe) that the continuing adventures of this crew will come out soon! I can't wait to see what they get up to!

If anyone is still reading this far, I have one final word about the price. It is somewhat higher than many other visual novels, but the production value is high. The artwork is fantastic, the music is well done and suits the mood of each scene very well and the writing is great. For the cost of going out to see a 2 hour movie at the theater; you can have an 8 hour adventure with a handful of great characters. If I see anything from this studio again; I will not hesitate to jump on it even at full price.. I rarely write reviews but I've been playing the bonus episodes. I just want to say that I've almost completely left PC gaming for the Switch but once I found out about the bonus episodes I reinstalled and got right back in.

I'm near the end of bonus episode 2. I need to dry my tears after such an emotional scene. I love this series and I cannot wait for more.. +Cute story
+Cute music
+Cute characters (Familiar tropes, but very well done)
+Cute illustration

-Lack of military discipline and what you could\/would get away with is... eye rolling if you have a basic understanding of what morale and discension is lol.

Thats it really, a great game so far, bit pricey.