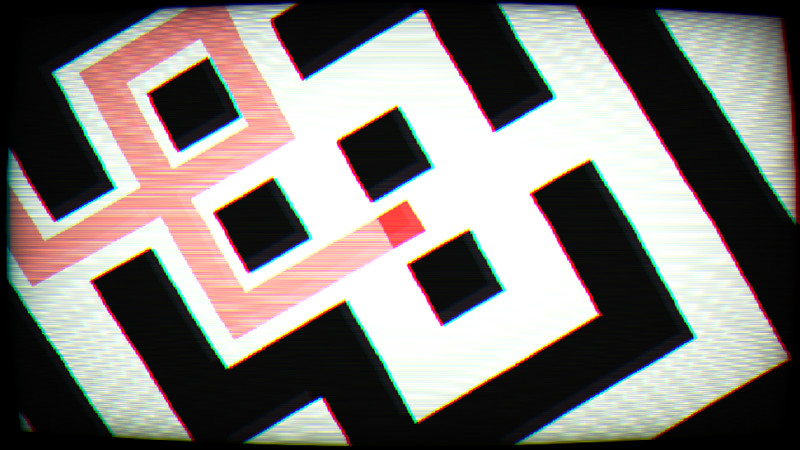 You found yourself on your life path, running from everything, looking for something, dying for nothing.
Death Maze is all about you. It’s a game.. is it?

Death Maze - fast-paced hardcore arcade game about getting out of the maze.
There are no winners - maze will get us all. 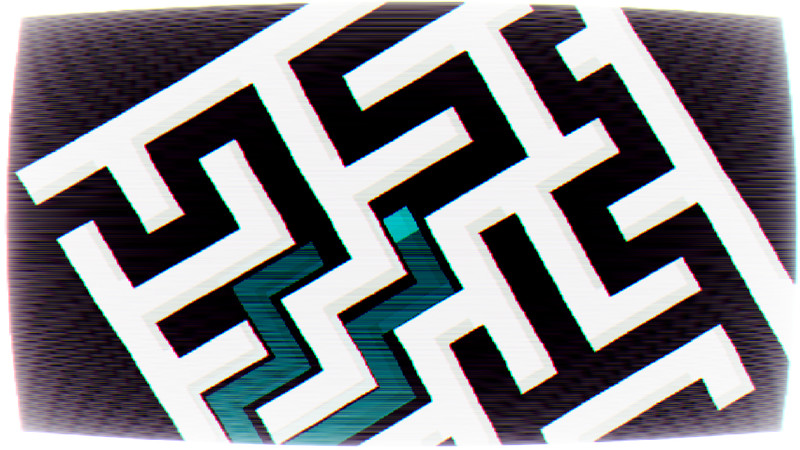 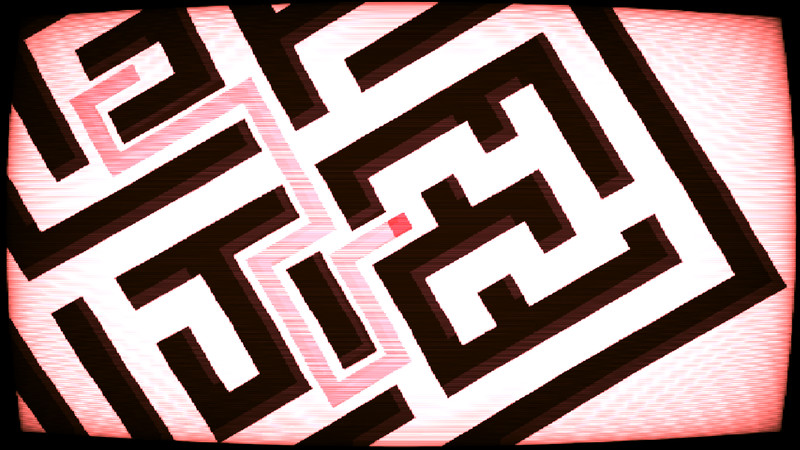 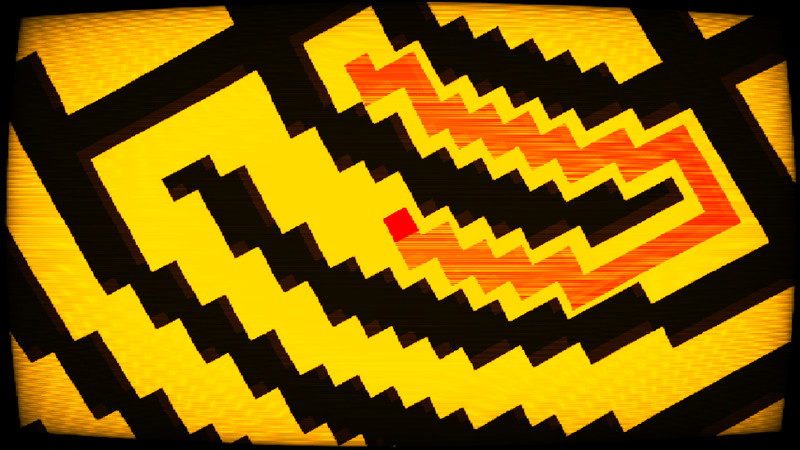 Growbot is heading to EGX!: 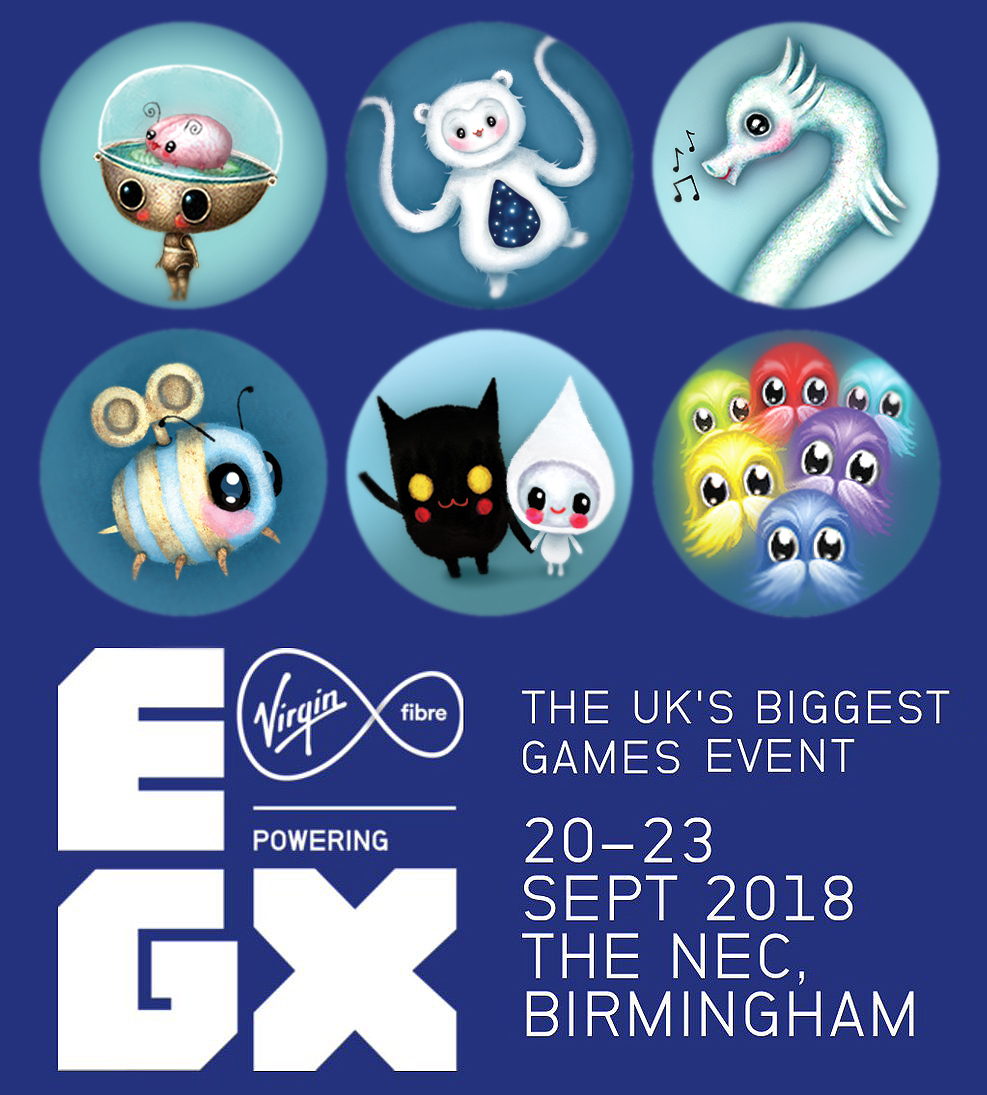 Come play our new demo and grab some buttons at EGX this week! :D

EGX runs from Thursday 20th September - Sunday 23rd September at the NEC in Birmingham, UK. https://www.egx.net/egx/2018. November Update: Busy as a Melobee:
Hello, and happy autumn! :) Since EGX we've been hard at work on floor 3.

When you enter the underwater floor you are now met by an anxious water dragon who requests your help to free his friends, whom are trapped within a broken down maze.

Still trying to work out what a water dragons voice would sound like!?

In room 2 we’ve been primarily focused on fixing bugs within the water pipe system, and also hiding colour brites in shells... Next steps are to animate the brites, and our current thinking is that their swimming should be propelled by their moustaches :)

Room 3 is probably the most complex on the floor. There are a number of puzzles and dialogue systems which all need to work in tandem. We’ve been building the wheel puzzle and conversation system with the coral reef.

All of the animation clips and code for the bottom set of wheels have been completed. When you use a switch which is locked, the switch moves slightly to let you know its state. When the correct wheels are placed on the cogs, they lock into place, and when you try to remove them, a small animation clip lets you know they are locked. All of these minor animation clips can feel like unimportant details, not worthy of dev time, but they create a responsive world which strengthens a player's sense of immersion.

Animating the coral reef's face as they talk is going well, but it has proven challenging. We focused on the eyes and mouth, but noticed the overall result lacked emotion. Our next step is to animate the face rising and falling as the reef talks, to see if this helps.

There are a number of cutscenes on this floor which contain important information about the story. By the end of this floor, the player will have learnt about the origins and motivations of Quasi Crystal, the perpetrator of the ongoing attacks, and have a broader but darker perspective on the Growbot world.

I think that’s it for now. Thank you for following our dev journey! :) <3. May Progress Update: 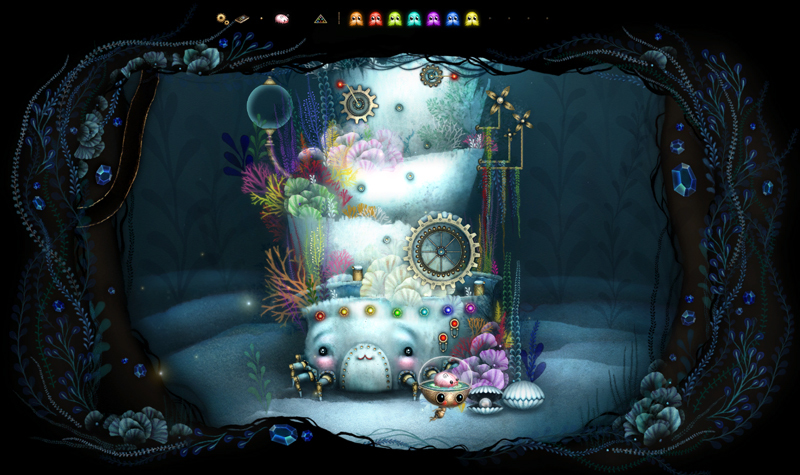 This month we've been busy working on floor 3, helping water dragons out of a maze, and restoring colour to a coral reef.

Thank you :)
. Growbot in PC Gamer:
Growbot is featured in the latest issue of PC Gamer UK! It's issue 314, The Indie Issue. There's a tiny Nara on the front cover too! :)

This is Mavis the psychic squid! Mavis believes she has prophetic dreams, wherein she converses with peeps from galaxies close and far. Sometimes these dreams seep into her waking reality and cause a bit of confusion, but it’s nothing her unthinking hat can’t tackle.

Although none of Mavis’s dreams come to pass, she is convinced there’s ‘a thread of reality’ in them. It’s a thread she struggles to let go of upon waking.

Mavis has been working with Captain Thyme in the lucid dream tanks to gather data on a Growbot’s unconscious capacity for reality building. ‘Do we in fact dream ourselves alive’? Both Mavis and Captain Thyme share a passion for exploration, although Mavis is not a fan of Captain Thyme’s use of lucid technology to do so. She believes lucid dreaming gets in the way of discovery. ‘The unconscious mind is to be followed, not led.’

Mavis has a dream she wants to share with Nara. But the dream is frightening and Mavis needs a hug from her favourite toy frog, Stitch, if she is to find the courage to share it.

Stitch is trapped within the Octobot and Nara will need to retrieve it.

Along the way there are grumpy light sprites, and skittish colour brites to contend with...

The coral reef can now be repaired and restored. As colour returns to the reef, so do its occupants. Next month we’ll be making sea squirts, sponges and nudibranchs (yes, nudibranchs are a real thing) for the player to interact with :D

In room 2 the light sprite bus system is coming together. Nara will have to help the light sprites reach their destinations if she is to collect the remaining colour brites.

The station may well be being ripped apart by a dark aggressive crystal force, but the light sprites refuse to let their day to day activities be interrupted.