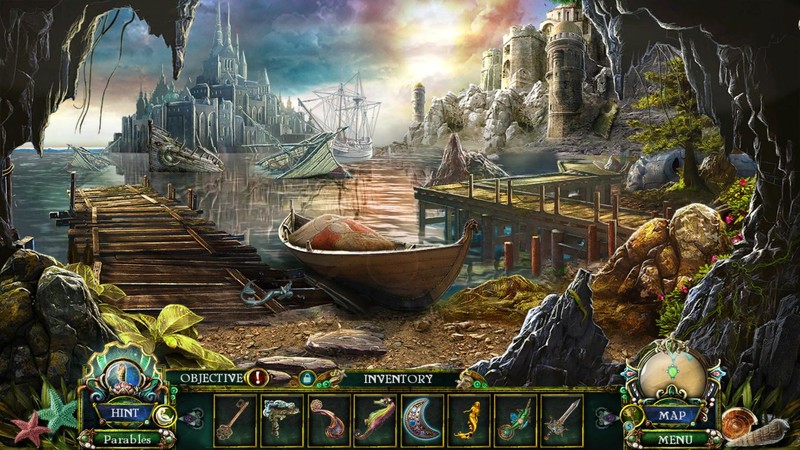 Big Fish Editor's Choice!
This title was chosen for its high standard of quality and amazingly positive reviews.

The bestselling Dark Parable series continues with The Little Mermaid and the Purple Tide! Follow the clues as they take you to an underwater kingdom in this exciting hidden-object puzzle adventure game! You've been called to investigate a strange purple tide. And that's when the mermaid shows up... 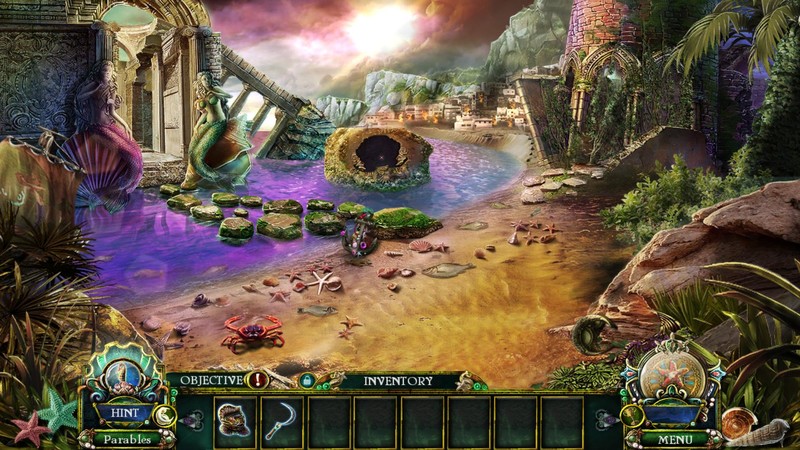 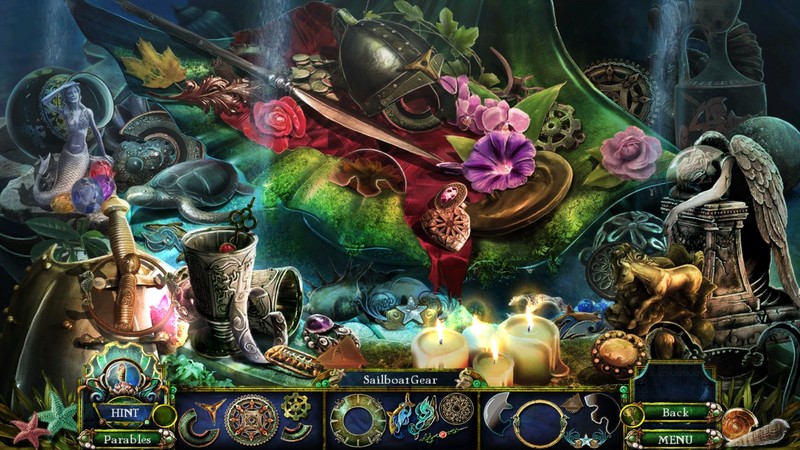 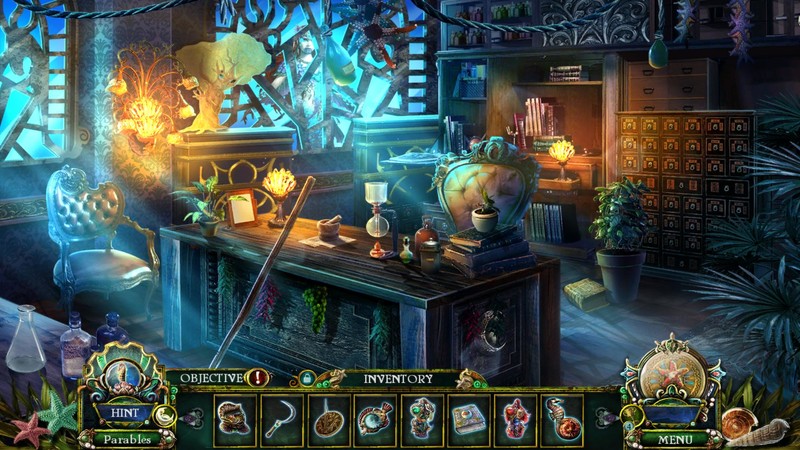 The series is a chronicle of investigations in the world of fairy tales: the fabled detective is sent to different kingdoms or fantasy worlds in order to find what evil is wrecking havoc and how to appease it. This game concerns the tale of the Little Mermaid and the Purple Tide (not really familiar with this one, as the only mermaid tales I know are the Disney movie, Lorelei and the ancient Greek myth - as for the tale itself, I've vaguely heard of it in the Wolf Among Us).

There is a temple undersea that suddenly appeared and a monster is terrorizing everyone. However, arriving there, a mermaid seems to want to help you while a cloaked figure (from a previous game if I've understood clearly as the detective was familiar with the voice) is also waiting to enter the temple and to find a lost kingdom.

The story is full of twists and questions: the mermaid is helping you AND also trying to slow you down, the cloaked figure is a suspect but his identity is quite shocking, the ghost you encounter is blaming himself but isn't opposed to your presence and the mermaids, well, some of them are also tied to other investigations (which is not really a shock as the fabled detective is acquainted with nearly everyone - however, as the game isn't the first in the series, it's making you wanting to play every Dark Parables out there).

The gameplay is standard: find objects, use them, combine them, solve puzzles and clear hidden objects scenes. Everything is quite easy, though you have sometimes an hard time to see some objects or to link them to an area of interest. Even these areas can be hard to spot. On the other side, you have the hunt for Parables (to unlock the whole background on your case), for Moons and even for cups of tea (a nod to Blue Tea Games I suppose). Achievements are also present ingame but they can be upgraded: you have to find a cup of tea, then 3 then the whole pack. Even the fish mascot (Felix I think) from Big Fish Games is present.

I'm not going to tell you every bonus in this Collector's Edition but well, there is a bonus chapter on Bluebeard, wallpapers, etc...

I loved the graphics as the general ambiance of the game.

Anyway, this game is really a must-have, though I would prefer Artifex Mundi's work (developped by them like Enigmatis or Nightmares from the Deep) but well, while I find the price tag a little high, Big Fish is now participating on sales, so, when you see a discount, go for it.. This was a great game, I wish there were more games like it. I started playing this at night before bed and the calming scenery helped me relax. I personally enjoy hidden object games, so I found playing the title a real treat. Great art, beautiful music and some seriously difficult objects to find make this game a winner. On the other hand, the mini-game puzzles became repetitive and stale. I am not a fan of those.

Pick it up on a Steam sale; the title will not disappoint.

You can clear it in under 10 hours of play.. Great Hidden Objects game with a fun little storyline, Different difficulty levels to choose from and mini bonus games included in the Collectors edition. I've already played through twice and love it.