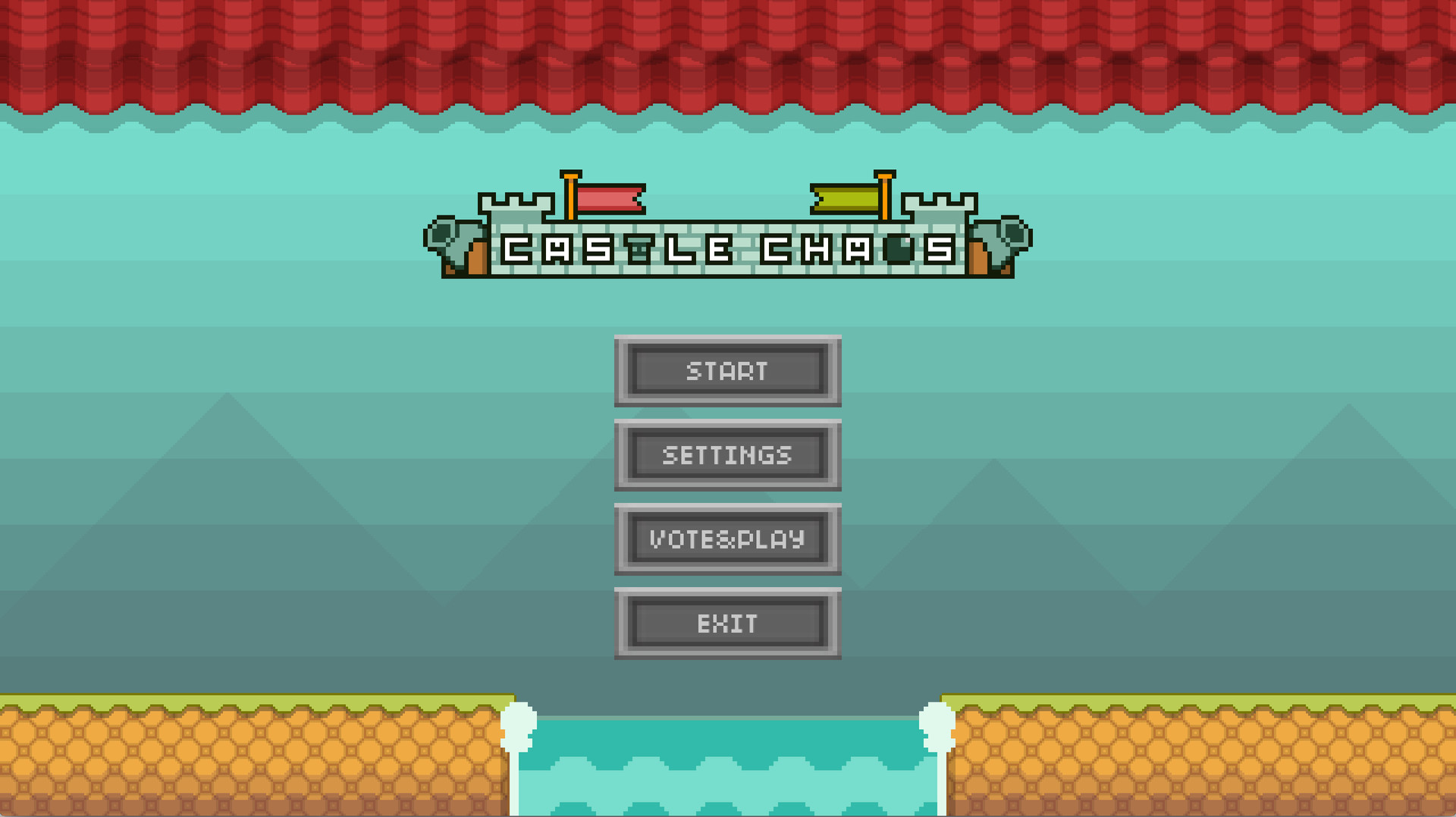 Castle Chaos is a fast paced local multiplayer game for 1 to 4 players inspired by the old classic game "Rampart". Build castles with tetris-like shapes and shoot cannons to destroy your opponents' castles. Available for PC, Mac and Linux.

- Random generated maps depending on number of players
- Lots of settings to customize your matches, from nr of castles,
cannons to bushes and cloud density
- Choose to play against human or AI opponents or mix
- Many different puzzle shapes to drive you crazy when building your castles
- Annoying gnomes planting bushes everywhere, but thankfully shootable
- Play as a gnome! Repair your castle while trying to avoid your
opponents' suspicions by acting gnome-like.
- Play on gamepad, keyboard or all on the same keyboard for extra chaotic fun with your friends! 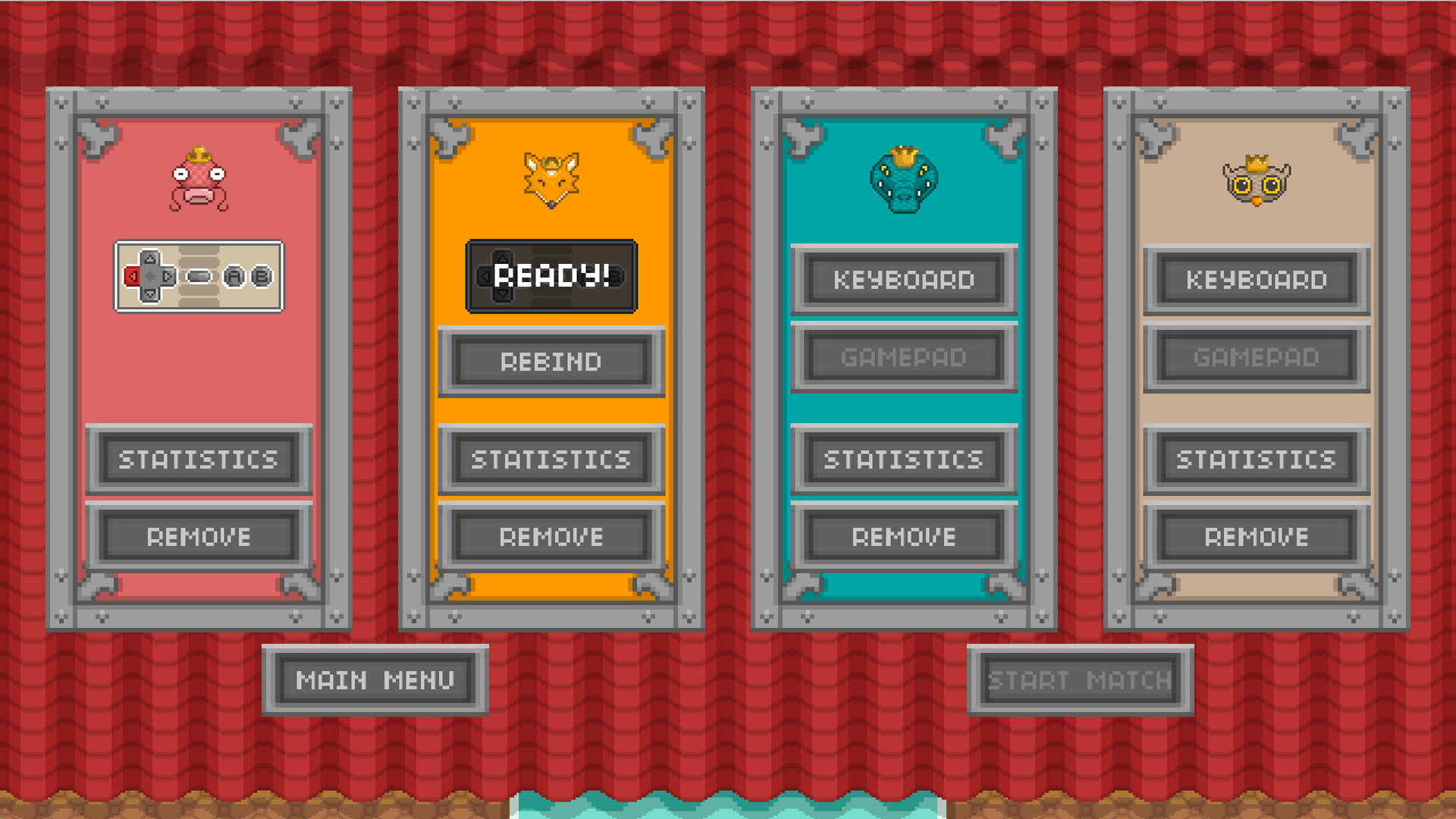 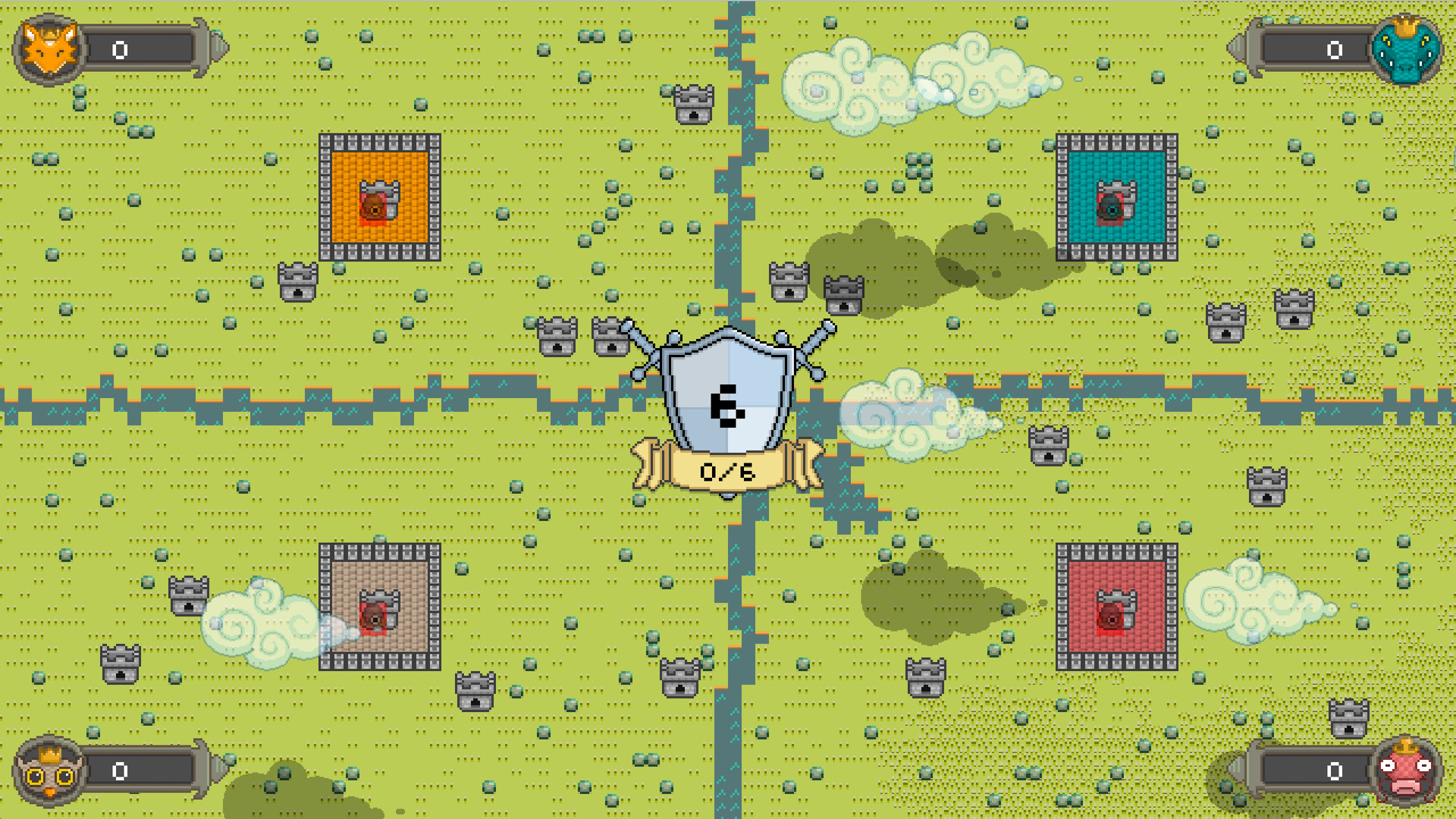 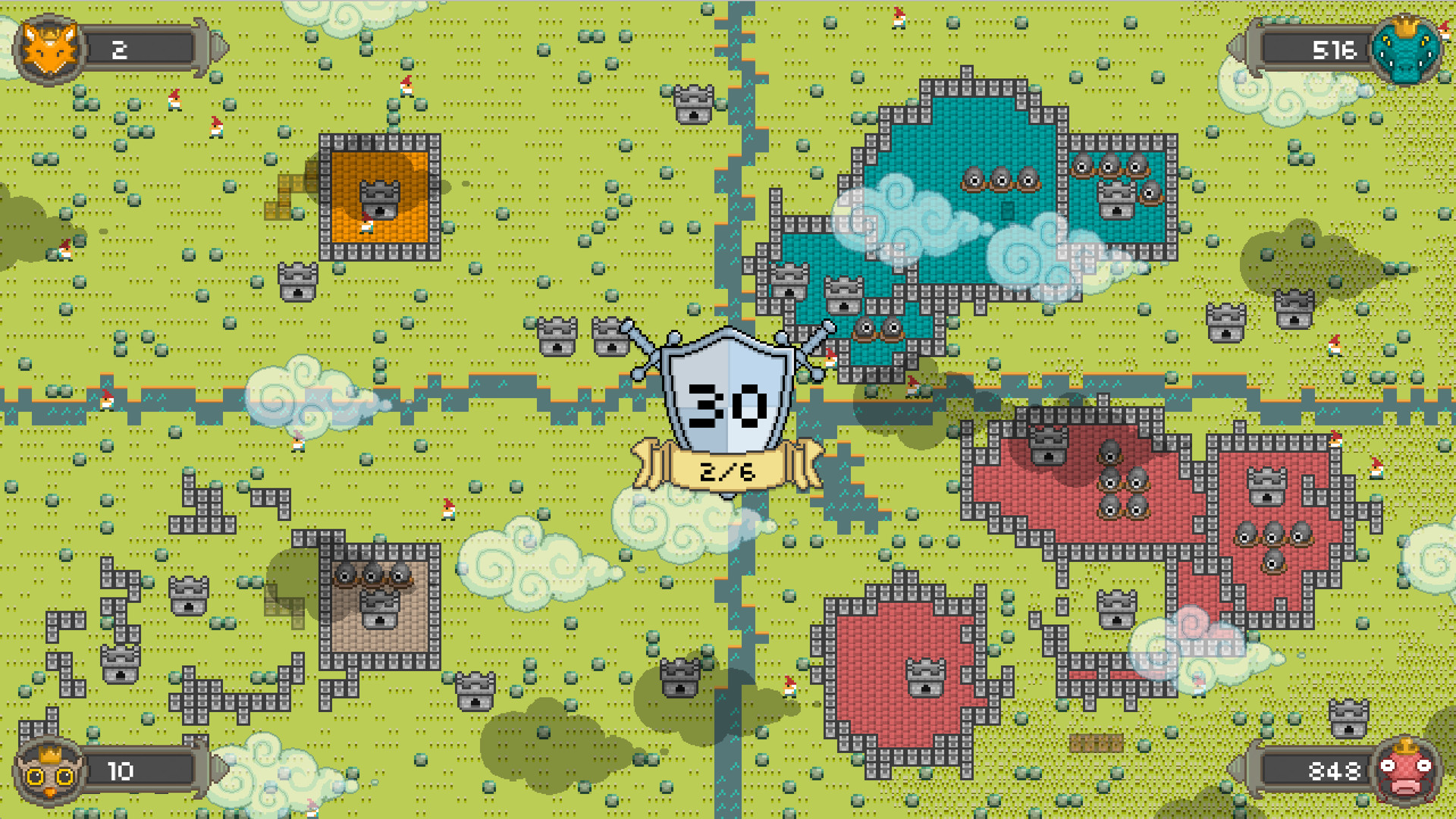 Super addictive game - As soon as one of the AI Bots beat me I couldn't help but play again! Looking forward to more features in the feature!. its a really good game. its very fun to play with friends. My positive rating is because I think the original Rampart arcade game from 1990 is awesome. This game is quite similar, but with much less impressive graphics and sound. It should be easily possible to meet or exceed the graphics and sound of a game that is 25 years old. Keep going, make it as cool as the arcade game! Add some flashiness, some excitement to go with the core gameplay!

Here is a link to the arcade game which is still much flashier than this steam game (buy it anyway, encourage the developers to keep improving it):
www.youtube.com\/watch?v=YvxcW3aXwjw\" target=\"_blank\" rel=\"noreferrer\" id=\"dynamiclink_0\">https:\/\/www.youtube.com\/watch?v=YvxcW3aXwjw<\/a>
. Super easy and fun game! Even got outplayed by the AI :D. I've spent hours playing Rampart with friends and consider myself a veteran of the original. My comments here are based upon both the original Rampart game and Castle Chaos as it's own unique game.
The Good:
+ Very similar to the original Rampart
+ Fun to play by self or elbow to elbow with comrad
+ 4 players, not 3 like Rampart
+ The gnomes add a fun and irritating element to the game
+ No huge investment of time needed to learn and master
+ Most of the gameplay elements are easily adjustable from main menu
+ Statistics feature
+ Catchy theme music is a perfect compliment to the original

The Not so Good:
- The odd psedo pixilization of the wall shapes makes it difficult to visually manipulate each piece when repairing or building walls. Ie: the pieces blend together and appear as one while moving them next to one another. The original Rampart the pieces were simple solid colors. An option to use solid color shapes with outlines would be my preference. This issue alone is nearly a deal breaker for me.
- No online mulitplayer capability (yet)
- Only ONE map? really? The original had at least 2 or 3 as I recall.
- The clouds don't appear to have any purpose other than asthetics. I could be wrong here.
- No mouse support. I understand the unbalanced advantage a person would have if playing a local battle with friends with only 1 person using a mouse. At least in single player battles the mouse should be an option.

Suggestions:
* A detailed recap of how the score is tallied up after each round. This would be helpful so players know where their points are derived and what they might focus on with the next round.
* Rework the graphics overall. Either make them 8-bit, 16-bit or semi modern. The current look is a mish mash that isn't pleasing to the eye, IMHO.
* The game just ends after the last round isn't much of a spectacle. Maybe there could be some sort of a bonus round or double points thing, or maybe a target round shooting at moving targets. Just ranting on how to kick it up a notch here.

Overall the game is fun and definetely worth the pricetag, especially if you catch it on sale. Kudos to Odd Comet Games for rehashing an old classic with a few new twists.. You have fun until you get tired of the crummy keyboard controls. I'm not sure if difficult controls are part of the game's design, but I think the game should allow you to use a mouse and, also, play with people online.. Great little multiplayer game for when you have company. It's a hoot, easy to learn and is a very small time commitment.. very strategjamic. Cant figure out how to make multiplayer work, There are no options for it.

Buttons do not do what they say they do in the instructions...

Dosent seem to be as described on the site.

The other reviews posted here dont make sense to me since Mutiplayer isnt an option in the game from what I can find along with the fact i cant rotate pieces when in the placing phase...

I do not recomend this game...

Avoid... Ill update one day if I can possibly recomend this game...