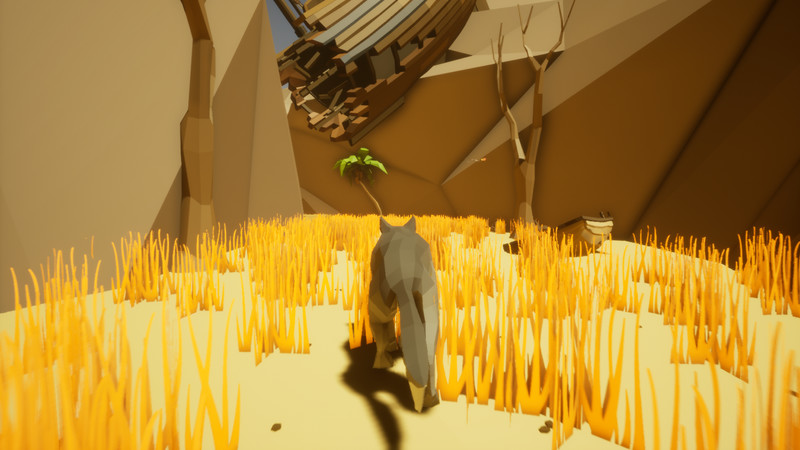 Became The Hunted is a role playing adventure game set in a cracked scrubland that was once a former sea bed.

You are a lone wolf, whose cub has been snatched by poachers. A massive, open world full of adventure and exploration awaits you as you search for clues as to the location of your cub.

When you initially awake and find your cub missing, the race begins. Travel throughout the land; searching amidst the sun bleached rocks, extensive ravines, luscious forests, find hidden caves and explore long forgotten shipwrecks whilst looking for your stolen cub. However, keep a careful eye on your stamina, health and hunger levels because if either one of them drops too low - you will die! As you progress through the game levels you will be able to scavenge for scraps to build a camp to rest; food to eat and water to drink which will increase your levels and enable you to keep going for longer. And remember - avoid the randomly occurring sand storms which can seriously limit your vision. 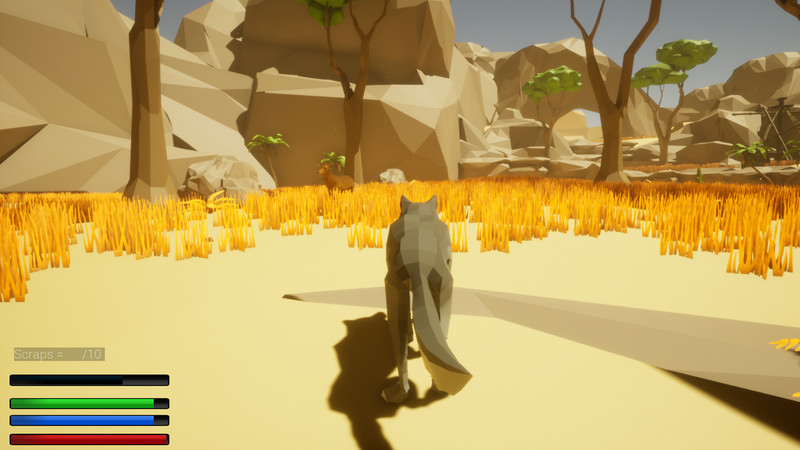 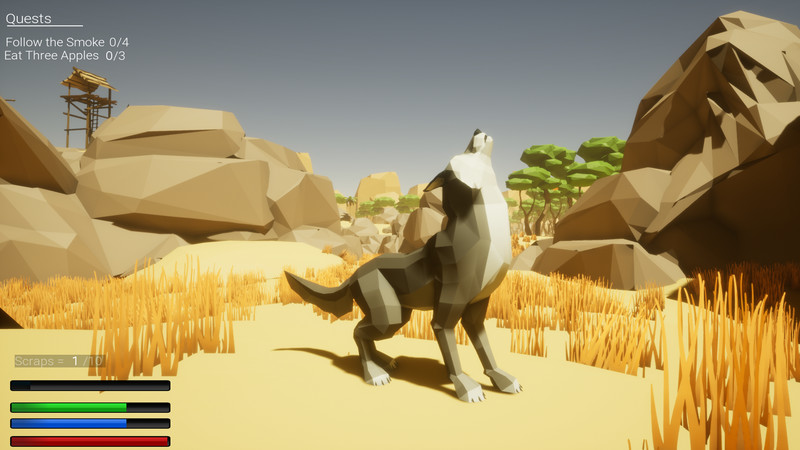 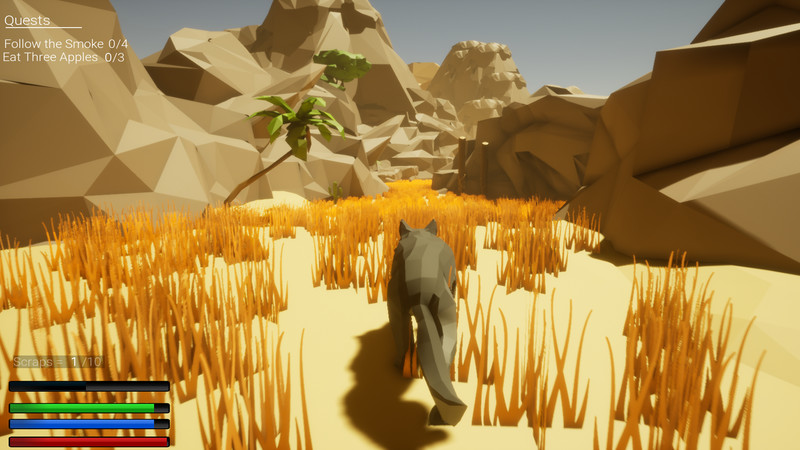 
Unfortunately the game seems... deeply unfinished. Animations, prompts, key bindings, controls, and pretty much everything else has some level of serious to game-killing bugs or nonfunctionality. The premise is really neat and the style is nice, but its just not playable in this current state.