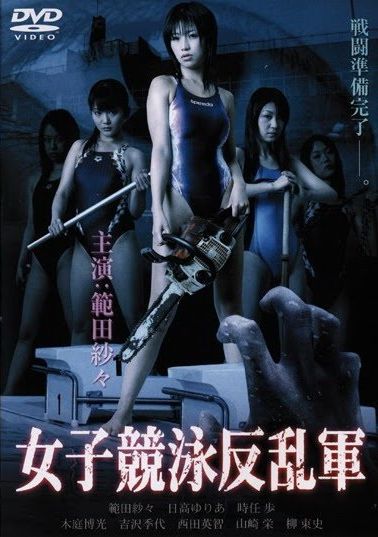 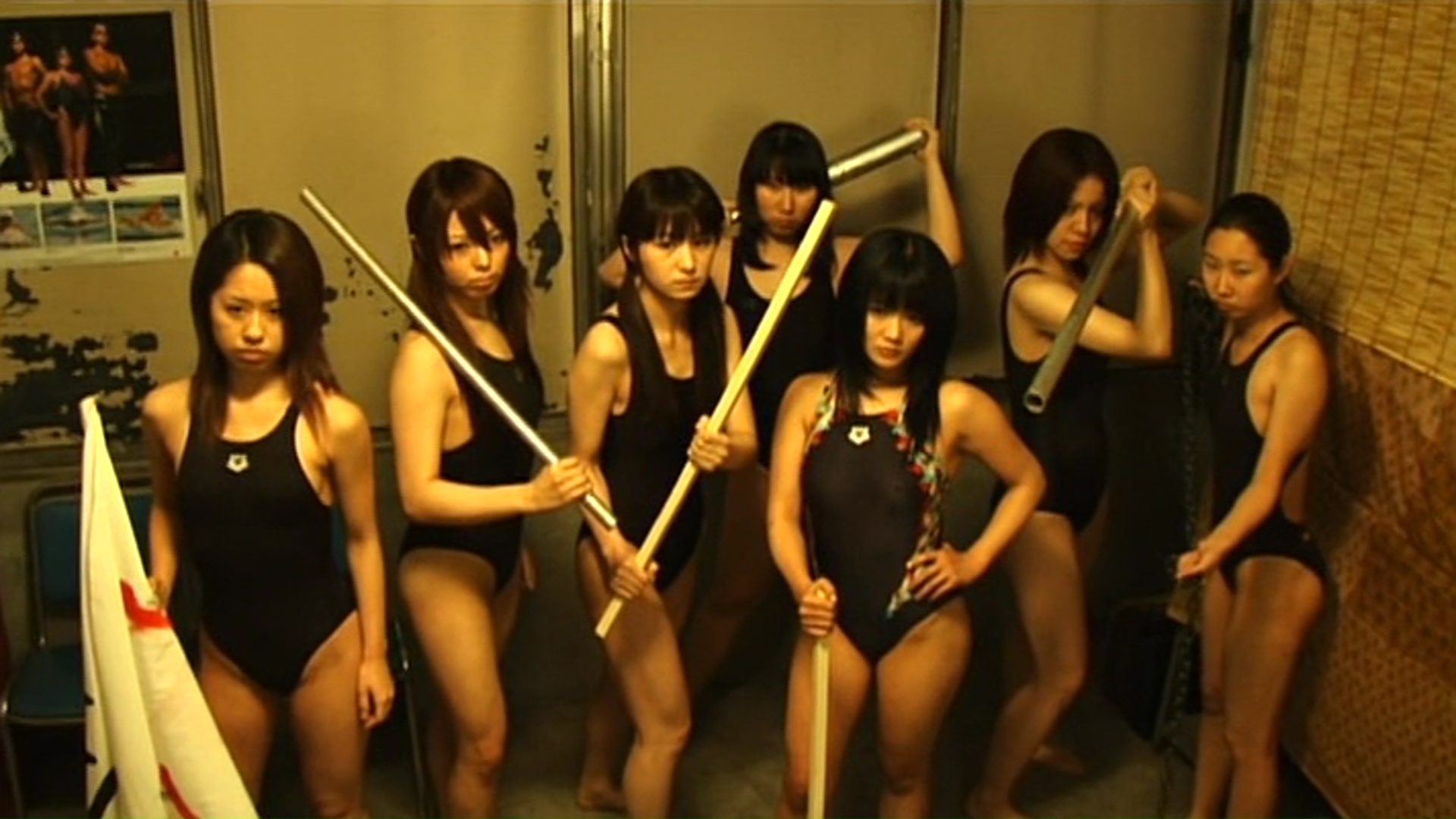 The new girl at school helps the swim team battle their infected teachers and classmates.
A girls' high school team is having a competition. Aki persuades her friend Sayaka to join the swimming team. However, a mysterious virus is spreading throughout the school. After Aki discovers the incident and tries to tell other people, she is killed. The swimming team takes up the challenge to cope with it and begins the fierce battle.
Lately I've been watching some movies with some great titles: The Boy Who Cried Bitch, Chafed Elbows and Human Snot Tissue. But they may have all been bested by the one I saw last night. The Girl Rebel Force of Competitive Swimmers. A mouthful, but also a great damn name for a movie. Too bad that the name and some nudity is the only thing going for it.

The story revolves around a virus of sorts that is turning all the non-swimmers at the school into zombies. Some talkative, some not. Actually, the teachers talk and the students don't, when they're zombified. Anywho, throw in a mysterious new girl and a back-story with her and some mad doctor and you have the flick.

The story doesn't sound that bad right? Well, the story isn't the bad part, it's pretty creative. But damn, like Chaos's review asks, how on Earth can they screw this type of movie up? I was expecting at least something on the level of Wild Zero/Meatball Machine type production values. But it's really just a completely amateurish flick. And surprisingly what hurt it most was the gore. It just sucked. Like the films I just mentioned, those flicks were weird/silly flicks but the gore looked good and you were amped to see more. But with this, I really didn't even want to watch any more scenes of gore. Because it looked that weak. I think they showed the same, awful-looking severed arm on three separate occasions. The writing and gore were just too damn amateurish to be given a pass.

Though, the flick wasn't all bad, it had some nice nudity by the lead actress. She was very, very good looking and looked fantastic in even a one piece swimsuit. And her boobs, which I'd assume are fake (rare for Japanese girls) were really great looking. And the lesbo scene between her another swimmer was definitely attention worthy. Ahhhhtennnnhut!!

Overall this flick was really a let-down. With a great title, some great shots of hot Asian chicks swimming it up, some lovely Japanese breasts and butt and a more than capable story, the film definitely had potential. But with such a strong amateurish feel, some bad writing (far too much melodrama) and completely unimpressive gore effects the movie relies solely on scenes of nudity. Which isn't good if you're watching a flick called The Girl REBEL FORCE of Competitive Swimmers. Look instead