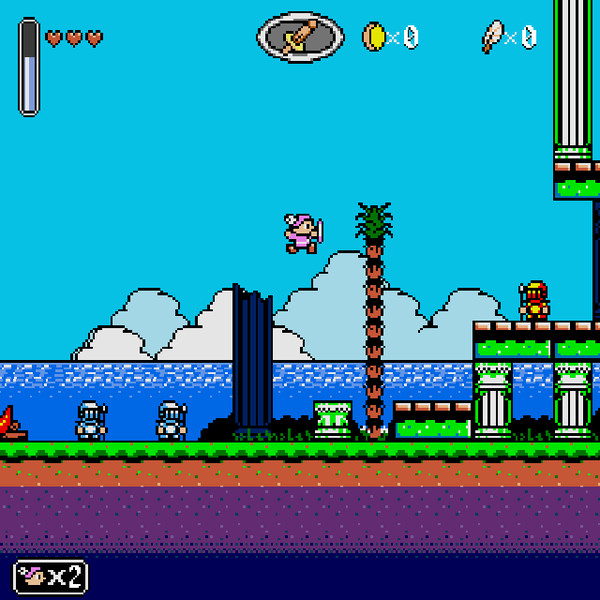 Adventure in the Tower of Flight is a retro-styled platformer in which you fly instead of jump! You are Wing, a young adventurer. Wing must climb a seeming endless the tower and collect all five known relics held within to become the ruler of the known world. Each relic, however, is protected by a series of battles, puzzles, and precision-platforming rooms. Do you have the skill it takes guide wing while he ascends the tower?

Story
In ages past, five kingdoms ruled the known world. Each kingdom possessed a sacred relic given to the kings of old by the god themselves. The relics guided and protected their armies in battles. As time passed, younger kings desired to gain absolute power of the land and waged countless wars with each other. The gods were displeased with the reckless actions and greed each kingdom took part in, so they took back the relics, hid them in a large tower, and proclaimed: "Whomever is able to pass the challenges of this tower will become the ruler of all known land." Years passed. generations passed. No one, man woman, or child has been able to complete the challenges within the tower. This is the story of one such adventurer, Wing, and his Adventure in the Tower of Flight. 7aa9394dea 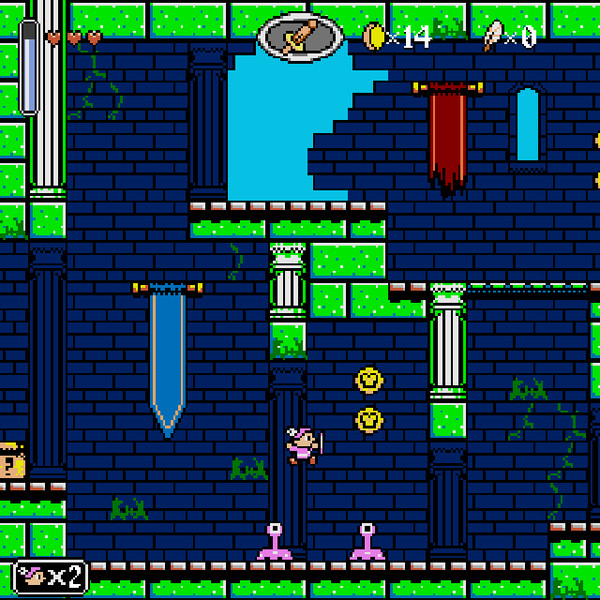 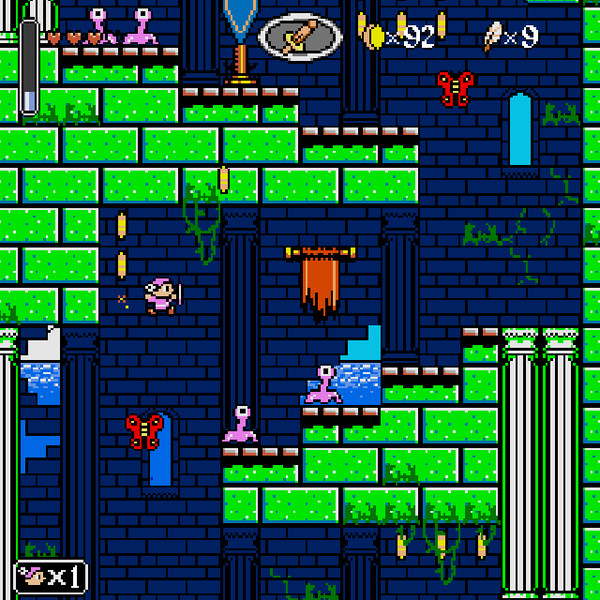 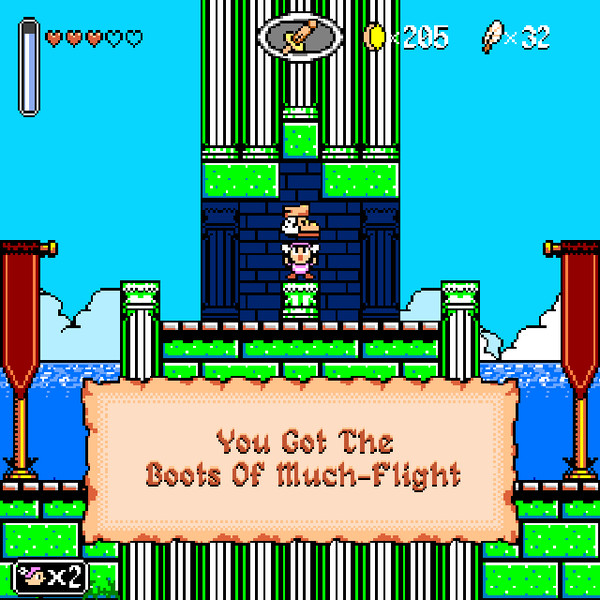 Issues I have are some of the projectiles seem to hit even when they shouldn't.. Another honestly pretty cool game. It's nothing especially new in that it's one of about a zillion retro style platformers, but it plays well, has some interesting mechanics, and functions almost like a super light metroid-style thing in that you are gradually spoonfed upgrades as you accomplish goals. It's polished, it's not assholishly difficult, and is just a pretty fun little game. It isn't going to blow anyone's mind, but I'll count it as a nice surprise regardless.

When it comes to games like this, I always find myself wondering what it is exactly that separates and distinguishes one modern retro platformer from another in terms of quality. I've mentioned it before on my 8-Bit Boy post that I think too many indie devs get caught up in just mimicking that older visual aesthetic and forget that the reason we have nostalgia for those old games is that they were actually fun and not that they looked like they were old.

When they were new, we didn't know any better in terms of the aesthetic so we didn't really give all that much of a♥♥♥♥♥♥about how the game looked. And when we played a bad game back then we tried to suck it up and choke it down because we were dumb kids who just♥♥♥♥♥♥♥♥away our weekend game rental on something trashy like ♥♥♥♥in Beetlejuice on NES or Home Improvement on SNES. Now that we have choices and easy access to just absurd numbers of games, we don't have to put up with stupid garbage (unless you're a masochist like me) and we'll just move onto something different if the game is♥♥♥♥♥♥

I dunno. It's fun to think about, and I think the central and easy answer is that the gameplay in a modern retro platformer is the important thing because invoking that particular time period brings me back to that "who cares what it looks like" mindset. But there are a few other smaller things going on there, I'm pretty sure.. This game is a nifty little gem for old 8-bit platformer fans.
A nice way to unplug for some time.. Unlike all those games that try to be LOST NES GAMES with all the ♥♥♥♥♥♥ palette and design choices that implies, this game is more of a LOST GBC GAME. It genuinely feels old, but in a way that is a lot of fun and super charming. If you miss old metroidvanias, the ones that didn't hold your hand because the developers hadn't learned how to do that yet, then buy this game. Cause it's neat.. The game is a little bit short but quite fun. It took me 6 hours to beat the game and I unlocked about half of the achievments doing so. Sadly the game does not allow you to continue your save file past beating the end boss. So you can't go back to get all the max health items if you missed them the first go around. Its very linear and does not allow for much back tracking at all.

The game isn't very difficult, bosses patterns are easily learned and sometimes completely avoidable. The only way to save your game is to game over at the last check point you used. This is annoying but you get use to it quickly. Game play is similar to Kid Icarus but gives a little more varity in weapons and attacks. The 7.99 price tag is a little bit high for how easy of a game it is. However, if you find it on sale definately pick it up.

I found binding the attack and hover abilities to the back buttons on the Steam Controller. I also rebound the Dpad to the analogue stick. If you have a Steam controller save yourself the time and use my template for it.

I found this game from the failed RETRO VGS indiegogo. I can say that it would not be worth paying $25+ but it is a good game for around $3-5.. With great pixel art and charming, 8 bit music, Adventure in the Tower of Flight hearkens back to the old school RPGs of yesteryear. Gameplay is decently challenging without becoming too annoying, the items and equipment are satisfying, and the story is enough to keep you interested. However, the story is my biggest criticism. There's not much there, and a bit more being added would make me like this a lot more. The ever-classic rescue of a damsel would have been a superb and fitting addition to this game, one which I would highly recommend adding in a patch to add more depth to the story. But, overall, it's a nostalgic, decently produced game that will take a few hours for a play through, definitely worth the sale price I paid for it, and a fair deal at the regular price, as well. Trading cards are also a huge plus. Recommended.