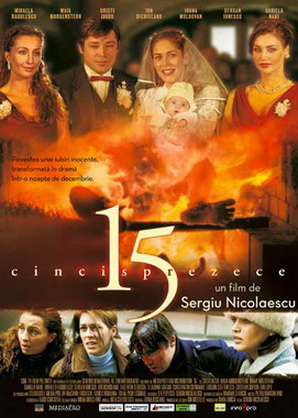 Come on ! Everybody says this is a horrible-demented-terrible movie! It's not that bad. I've seen it recently and I have appreciated the twist in the script (Marinica dreams that he escapes from the "death truck"), the reconstruction of some areas in Timisoara, so that they should look like they were in 1989. Mihaela Radulescu is no good. The same for Daniela Nane. Romanian film goers are rushing to find fault with Sergiu these days, because he did some nasty things in the Commission for Film Projects the last years. Indeed, he's not a perfect fellow, but this film ain't that bad.

The ending is kind of silly, though... If you like movies with happy ending, don't watch this one. Is an dramatic movie about the Romanian revolution from 1989. For someone who didn't knew how it was back then, this is an awful movie, but for someone who lived the moments and lost someone (the wife of a fiend) who was murdered only for being in the wrong place at a wrong time, is an disturbing film who tried to show an unseen face of the events. In essence, the story is divided in two. One part is taking place in 1989 when a marine officer comes to Timisoara to marry his pregnant girlfriend, but ends being shot and taken to a crematory where it is burned alive. Meanwhile, his girlfriend gives birth to a boy on the stairs of the Cathedral in Timisoara. The other part of the movie take place in 2004, 15 years after, when a Romanian journalist who lived in France for the last 15 years, wants to write an article about that boy found on the stairs of the Cathedral in 1989 and tries to find that boy. This is it.